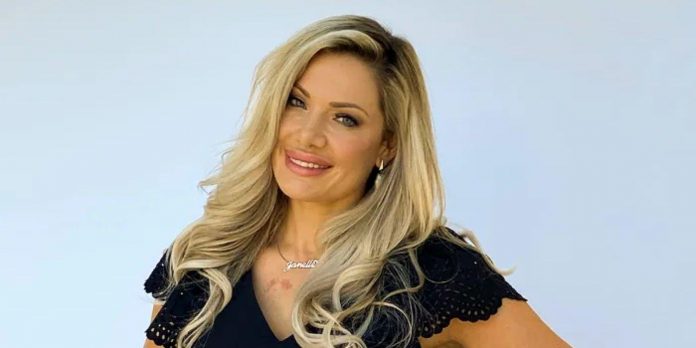 The Big Brother houseguests are isolated from their families and friends, so it is understandable that when they vote, they want to take the opportunity to give shout outs to their loved ones. However, fans, including Big Brother legend Janelle Pierzina, feel that the shout outs have become a huge distraction on the show, and they want the houseguests to stop doing them. This week, as the Big Brother 24 houseguests were voting to evict either Ameerah Jones or Terrance Higgins, the shout outs were especially long and drawn out. This made the 11-person vote, which was already a bit tedious to watch, even longer. Viewers were anxious to see the result, which was a blindside of Ameerah by a vote a 7-4.

During the Big Brother vote, the houseguests cast their votes and then gave long shout outs on the couch and/or on their way out the door of the Diary Room. All of the houseguests except for self-proclaimed superfan Michael Bruner gave shout outs to their families and friends, with some longer than others. Instead, Michael has been quietly kissing his engagement ring after voting. Host Julie Chen Moonves has said in the past that the show should try to put a stop to the shout outs, but it is hard if contestants want to say hi to their families or wish someone a happy birthday.

Related: Big Brother: Why Players Should Never Volunteer To Go On The Block

In addition to the shout outs, some of the houseguests, including Indy Santos, Monte Taylor, Nicole Layog, Jasmine Davis, and Joseph Abdin, gave compliments about host Julie Chen Moonves’ looks, something that Julie has called a waste of time and has said that she wants the producers to cut back on. All of this extra talking by the houseguests prolongs the vote, which then causes the live episode to have less time to devote to the evicted houseguest’s exit interview and the HOH competition.

The shoutouts were seriously so annoying tonight. They need to tell them if they do that next Thursday they become an automatic have not. It’s getting ridiculous! #BB24

In a tweet, Janelle wrote, “The shout outs were seriously so annoying tonight. They need to tell them if they do that next Thursday they become an automatic have not. It’s getting ridiculous!” Over three hundred people responded to Janelle’s tweet, with most agreeing with her. Some people argued that the shout outs are the contestants’ only way to have contact with their families and friends, but others pointed out that they can “talk” to them on the live feeds whenever they want. Twitter user skaren pointed out Michael’s choice to not give shout outs saying, “Michael was so classy. He just kissed the ring and left.” Janelle replied, “He’s a true fan and knows it’s annoying for the fans to have to watch that.” Another of Janelle’s followers, Shannon, agreed, writing, “Exactly. He keeps it light. A true super fan knows!” Many Big Brother fans do not necessarily take issue with the shout outs themselves, but they complained that the lists of loved ones are way too long. Twitter user dee demonstrated this by joking, “This season is excessive. They shout out Uncle Earl’s great grandma’s sister’s cousin’s hairdresser along with Tanya Marie’s patent leather shoe shiner’s cow milking financial advisor.”

Possible Solutions To The Shout Out Problem

While some fans argued that the shout outs are good for the mental health of the contestants, most agreed that they waste time on the episode and make the live voting boring and tedious to watch. Twitter user Ma said, “Truly one of the worst things about live voting. Take me back to OG seasons with little diary clips and then Julie announcing.” She was referring to the fact that in earlier seasons, the voting was prerecorded, and often the show simply aired the Big Brother houseguests saying the names of the people who they were voting out, with only a bit of commentary that was entertaining enough to air. Twitter user Robert Thomas suggested a solution to the current shout out problem, writing “They need to have a shoutout video every week online that the families can watch or something. The eviction night ones are out of control.” Rob Bernard pointed out that if production actually cared to make a change “they could always just mute their mics after the vote is cast.” Other people felt that punishments such as becoming a have not or an automatic nomination could deter the excessive shout outs.

While the Big Brother houseguests are understandably missing their loved ones and are excited to mention their names on national television, the shout outs have become a distraction during voting. The contestants do not even seem to be processing that they are voting for or against someone winning a life-changing $750,000. Jumping straight to shouting a long list of names makes the vote feel like an afterthought and ruins the suspense and excitement for the viewing audience. The shout outs are also very time-consuming, and may be why the HOH competitions always seem so rushed at the ends of the live episodes. Many fans agreed that its not the shout outs themselves that bother them, but how long and drawn out they have become. They seem self-indulgent on the part of the houseguests because the viewers do not know who the people are that are being mentioned. Janelle is right that the shout outs from the Big Brother are out of control and must be shortened or eliminated.