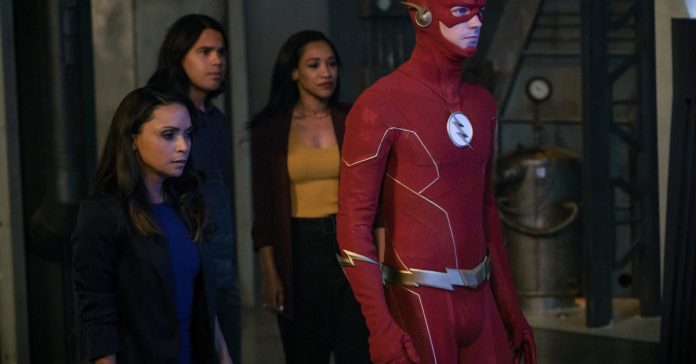 One of the major changes brought about in The Flash by Crisis on Infinite Earths was the destruction of the Speedforce or speed force. Since then, Barry Allen has gradually slowed down just when he most needed it to save Iris (Candice Patton).

Historically in The Flash, every time Barry has messed with timelines or tried to alter the way his powers work, there have been consequences for him, those around him, and the fabric of time.

His history of making decisions in a sometimes hasty manner has resulted in the creation of multiple alternate timelines, starting from when he backtracked to save his mother and prevent his father from going to jail.

In his despair, Barry Allen seems to have forgotten the chaos Eobard Thawne caused by messing with an artificial Speedforce. Barry must remember that there are personal consequences to face if he chooses this route.

In The Flash, Barry Allen’s daughter Nora realized this and rejected Thawne’s offer to save herself by entering the Negative Speed ​​Force, not wanting to become a monster.

Barry thinks his artificial Speedforce won’t be like Thawne’s, but history has shown him to be probably wrong. While his main motivation may be to save Iris, Barry’s rush could be because he can’t face life without his speed.

There’s no question that Barry Allen is going to regain his speed in season 7 of The Flash, but what will happen when he does? If Barry manages to generate speed from him artificially or by himself he will need new checks and balances.

See Also
Actors who leave their fans with their performances

Linked to a stronger sense of personal responsibility and responsibility to ensure that he uses his powers more intelligently than before. Barry Allen must be a more mature version of himself to avoid another catastrophe in The Flash.

When the last broadcast season would arrive on Netflix