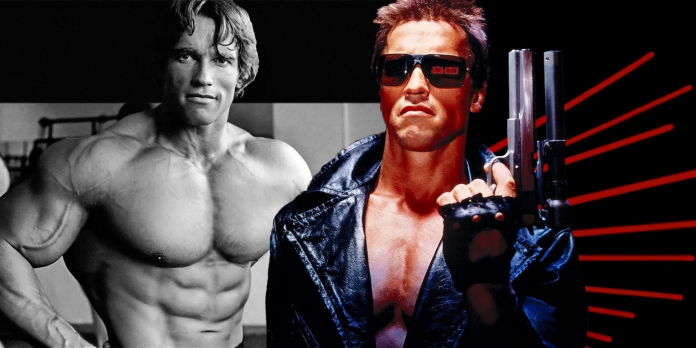 Arnold Schwarzenegger’s career path from bodybuilder to movie star may seem mysterious at first glance. Before the born Austrian immigrated to America and made a name for himself in Hollywood, he was the youngest person ever to win the title of “Mr. Universe” at the age of 20. Then he won the title five more times, and also won seven Mt.Olympia titles, each of which secured him the status of a world-famous athlete and bodybuilder in the 1960s and 70s.

He began his acting career after moving to America in 1968, and his first role was in the 1970 film Hercules in New York. However, it wasn’t until 1982 that a breakthrough role in Conan the Barbarian paved the way for Schwarzenegger to become the Terminator in 1984. back.

What’s remarkable about Arnold’s transformation from a bodybuilder to a world-famous actor is that this has always been his plan. Disparate careers were inextricably linked in his mind from a young age, two adjacent steps on a grandiose path to the desired future. Growing up in devastated, impoverished Austria after World War II, he longed for a better life, and as a teenager he thought about how to build it for himself. This future probably has nothing to do with Schwarzenegger’s infamous tenure as Mr. Freeze, but leaving aside the dubious roles, it’s safe to say that he succeeded. In a 2001 speech in Sacramento, California (via Schwarzenegger), Arnold talked about his supposed path from bodybuilder to actor:

“My own plan was formed when I was 14 years old… One day I saw a magazine in a shop window. The cover featured a muscular man in the costume of an ancient warrior… It read: “Mr. Universe is now starring in a Hercules movie…”. It turned out that Hercules was an Englishman who won the title of “Mr. Universe” in bodybuilding and turned it into a career in cinema… Bingo! I had a role model! If he could, then so can I! I would have won Mr. Universe. I’d be a movie star. I’d be rich. One, two, three- bang, bang, boom! I found my passion. I have achieved my goal.”

However, this does not mean that Schwarzenegger’s transition from a bodybuilder to an action star of the 80s was easy. His first film was the mannered “Hercules in New York” of the 1970s. For the next 12 years, he struggled to find work, getting small film roles and one-time guest roles on television. Only in 1982 in the movie “Conan the Barbarian” Arnold Schwarzenegger broke through to success in Hollywood, starring in the classic action films “Conan the Destroyer”, “Terminator”, “Commando”, “Red Dormouse”, “Predator” and “Running Man”. five years. It’s a testament to Schwarzenegger’s determination that he stuck to it for over a decade, never giving up before he got his breakthrough role.

Between his iconic entertainment career and Schwarzenegger’s upcoming movies and TV shows, it’s easy to forget he was ever anything other than a movie star. Although his transition from a bodybuilder to an actor seemed as incredible then as it is now, he defied circumstances and willed his way to the life and career he dreamed of. If he hadn’t become an actor thanks to bodybuilding, it’s likely that he would have found another career to break into the silver screen. Like the Terminator, Arnold Schwarzenegger was unstoppable.