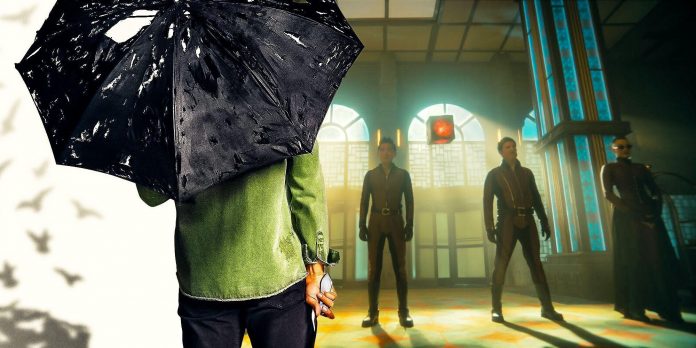 Why is Umbrella Academy’s new group of siblings called “Sparrow Academy” in season three? Netflix’s Umbrella Academy begins in 1989, when 43 children with superpowers spontaneously slip out of unsuspecting wombs around the world. Sir Reginald Hargreaves adopted seven of these guys, turning them into a superhero team worthy of saving the universe two times out of three, which, according to the wise words of Meat Loaf, is not bad. The 1963 incident in the second season of Umbrella Academy changed the timeline, and Sir Reginald chose a completely different group of foster children in this rewritten story.

Dubbed the “Sparrow Academy”, Reginald’s repair team consists of Marcus, Ben, Faye, Alfonso, Sloan, Jamie and Christopher, and the reason they were chosen instead of Umbrellas is simple: Sir Reginald realized how badly he had screwed up. When the Umbrella children visited their future father in 1963, the meeting left such a sour taste that Reginald went ahead and deliberately chose new recruits (umbrellas were not born anyway, but that’s another story). Of the original cast, only Ben remained, since in 1963 he was just a ghost, and even a Monocle could not see him. The reasons why Sir Reginald reinvented the Academy are clear enough, but why did he name this new group his “Sparrow Academy”?

Related to this: Netflix’s Umbrella Academy’s Plan for Season 4 Is Bold, But It Could Work

When Sir Reginald Hargreaves met his children in the 1960s, they not only revealed their true identity, but also fully told about the Umbrella Academy, including the name of the team. Given that his first group was a complete failure, Reginald probably felt unwilling to reuse the name “Umbrella Academy”, and with any good rebranding, the first priority should be a bright name. Umbrella Academy does not directly disclose where the nickname “Sparrow” came from, but this name most likely represents the team’s greatest strength compared to their Umbrella predecessors. In the animal kingdom, sparrows are known to be social birds that cooperate to survive. After Reginald witnessed the shocking lack of unity among the umbrellas, he named his new superhero team after the animal that worked harmoniously as a unit.

However, Umbrella Academy hints at a more creepy origin of the name “Sparrow Academy”. When the Umbrella children left in 1963, Victor Hargreaves accidentally left superpowers to young Harlan Cooper. Fast forward to season 3, and adult Harlan describes his gifts as a psychic connection with the other 43 children (16 after he finished with them). As can be seen from the last moments of season 2 of Umbrella Academy, Harlan was very fond of a wooden toy sparrow as a child. Maybe the image of sparrow was shed through the vibrational connection between Harlan and Sir Reginald’s new foster children, and one of the children suggested “Sparrow Academy” as the name for his group, subconsciously influenced by Harlan. Reginald would have gladly agreed if it had nothing to do with umbrellas…

Back in the real world, the name of the Sparrow Academy team is directly inspired by the comics of Gerard Way and Gabriel Ba Umbrella Academy. At the very end of the Oblivion Hotel, a new group of superheroes, somehow connected with Grace, swoops in and saves the day, calling themselves the Sparrow Academy. Although their origins won’t be revealed until the upcoming fourth volume of The Umbrella Academy, the comic Sparrow Academy serves as the inspiration for the Netflix live-action series. They wear red super suits, there is a floating cube and a drop among the participants, they do their job much better than Umbrellas, and, of course, they have the same team name.