Home Celebrity Why are sexual scenes important for the plot of the series? 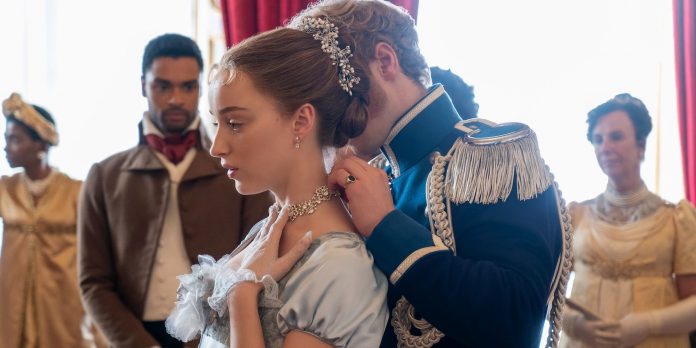 Actress Phoebe Dynevor is very fashionable lately. And it is that her character in the Netflix series Bridgerton, has caused a revolution among the users of the transmission platform.

The character of her in Bridgerton, Daphne, stars in a lot of intimate scenes that are quite intense that have surprised by the time in which the plot is set.

The show, directed by Grey’s Anatomy creator, the hit Shonda Rhimes, is set in the 19th century, when women were as demure as Daphne’s character was originally.

According to critics and Bridgerton fan, it is not normal for a historical plot to show characters as uninhibited as Daphne after her marriage.

In this regard, the actress who plays Daphne in Bridgerton (Phoebe Dynevor), points out that showing those scenes and including them in the script was extremely important to show the sexual awakening of her character.

Likewise, she assures that the scenes are not an end in themselves but rather tell a relevant story within the series released on December 25.

See Also
The hidden meaning of bees to the Bridgerton family