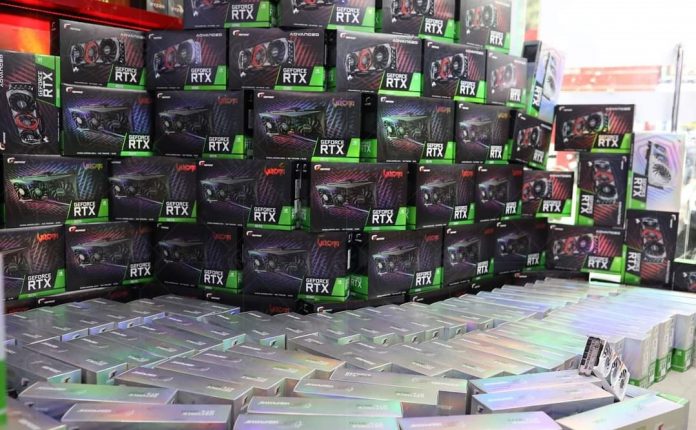 The last three months of 2020 have been very busy for hardware lovers. Featured products include AMD Ryzen 5000 series desktop processors, AMD Radeon RX 6000 and NVIDIA RTX 30 series graphics cards, large-scale hardware such as the Xbox Series X / S and PlayStation 5. However, stock problems make it impossible to access these equipment. The stock shortage on the graphics card side is quite serious. So why are graphics card stocks depleted?

Although the stock shortage will be resolved sooner or later, many people around the world cannot access the products described above.

Why did graphics card stocks run out?

Although there is a shortage of stock in many hardware, the main problem is in the graphics cards. Although cards such as RTX 3060 Ti and RTX 3070 were available to a certain extent when they first entered the market, stock problems caused the prices of the cards to increase. The main reason for this trouble is the problem in GDRR6 memory production.

Production capacities in factories could not handle this, as too many hardware GDDR6 memory had to be produced at the same time. GDDR6 memory market was in trouble, as production slowed down with the effect of the corona virus. For this reason, stock problems started to appear in graphics cards.

The last factor that affected the stock shortage was that some retailers who anticipated this problem had extra graphics card stock. After a shortage of stock, these cards started to be sold more expensive by sellers.

The biggest stock problems after graphics cards were seen in PlayStation 5 and AMD processors. In particular, it has become impossible to find processors such as the Ryzen 7 5800X, Ryzen 9 5900X and Ryzen 9 5950X on the market. Although the source of the trouble here is not known exactly, it is thought to be caused by the production problems in the 7 nm band of TSMC.

When will the stock problem be solved?

Analysts and experts predicted that the stock shortage would be resolved in January in the first place. However, the inability to overcome the difficulties in GDDR6 memory production and the increased interest in crypto money mining may cause this trouble to continue until March.