Home Crypto Why Are Altcoins Falling? Announcement is being made now! 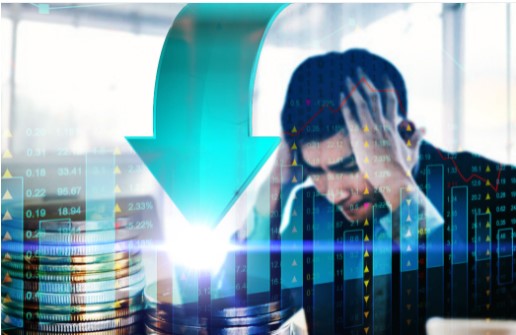 Cryptocurrency markets are going up and down, led by Bitcoin (BTC). Today, Bitcoin dropped as low as $37,200. Afterwards, with the moderate statements made by Putin, it went back to the 38,900 region and relaxed to 37,700 dollars at the time of writing. Altcoins are greatly affected by this volatility.

Why Are Altcoins Falling?

The Kremlin announced minutes ago that it would recognize the independence of the separatists in Ukraine. At 22:40, Putin will be on the screen. This officially means the capture of unoccupied parts of Ukraine. Russia, which does not want more NATO members on its borders, has made it clear that it can risk anything in line with its geopolitical goals.

Of course, these new statements that increase the tension negatively affect the outlook of risk assets such as Bitcoin. Since it is a holiday in the US markets today, there was no loss in the indices, but what will happen tomorrow? With the negative opening of the indices, Bitcoin may experience even more serious losses, naturally altcoins may sag below their current levels.

We share the statements of the President of Russia, who spoke live, instantly.

Ukraine was created by Communist Russia.

Eastern Ukraine is the territory of Ancient Russia.

Ukraine is an integral part of our history.

Donbas is historically part of Russia.

It is nonsense that they took all this land and separated. They wanted to stay in power in order to survive after the Bolshevik revolution, and for this purpose they accepted all the demands of the nationalists.

Apart from political correctness, we need to talk about facts.

An important statement came from Germany. Recognition of the separatists would be a violation of the Minsk Agreement, he said.

Bitcoin dropped below key support at $39,600 on February 20 and closed below that level. Selling resumed today and the bears pushed the price down to $37,213. If Putin continues to make more harsh statements, we can see below this level. The sharp selling in the last few days has pushed the relative strength index (RSI) into negative territory. This suggests that there isn’t much to hold the price down for a drop.

If the price fails to turn the $39,600 level to support in the short term, the bears will turn this area into resistance and a new support will be sought between $36,250 and $35,507 in the coming days. It seems that the next month’s interest rate hikes, the possibility of the Russia-Ukraine crisis turning into a hot war and many negative developments will continue to suppress the price. This poor performance of Bitcoin can lead to much more serious losses in altcoins. For example, the $60 support zone is targeted on the Solana (SOL) chart, and many more popular altcoins are at risk of revisiting bottom supports they haven’t seen in a long time.

Famous CEO Shared 5 Altcoins in His Basket and His Predictions!

Whale Mobility in Ripple and Bitcoin: Millions Flowed to Binance!