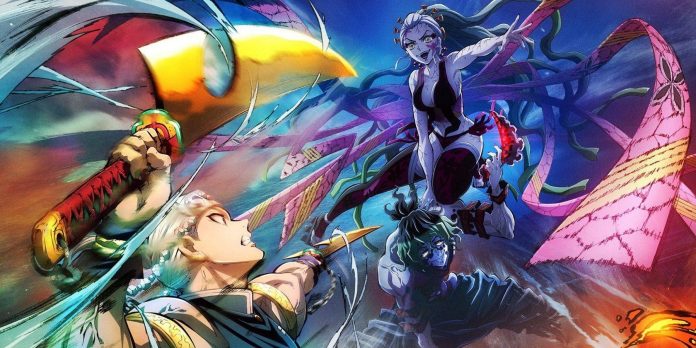 Frame rate is a big topic in visual media, especially in gaming circles, as the desire for a higher frame rate after 30 frames per second became an inconvenient standard on consoles during the 7th generation. “but this does not apply to every medium. Back in 2018, Tom Cruise posted a video on Twitter in which he, along with director Christopher McQuarrie, explains video interpolation and how it is used by pre-activated settings on televisions. The message was that viewers should turn off these settings, as they interfere with watching movies the way the creators intended, and the same applies to anime.

If you’re an anime fan, you’ve undoubtedly come face to face with the frame rate dilemma every time you’ve searched for an intro, ending, or clip in general from a popular TV series. And in the case of anime, this is rarely the result of standard settings on the equipment, unless someone is watching anime on a TV with motion smoothing. Most often, people deliberately edit and interpolate clips with a higher frame rate for uploading to the Internet.

The appeal of a smoother frame rate

This may not happen with every anime, but when it comes to the most popular and most conventionally “beautiful” anime, popular clips most often have a frequency of 60 frames per second. Especially shows from studios like Ufotable, such as Demon Slayer or Fate, which involve hard work with digital effects, are the main targets for frame interpolation.

But why does this happen so often? The simplest reason is that because of the normalized claim of a higher frame rate improving the experience, many will see the same potential in anime and consider it an improvement. This is similar to how the shows mentioned above, such as “Demon Slayer” or “Destiny”, are considered “objectively” more beautiful than others, due to how polished and beautiful they are, with a higher budget, although this is actually not the case.

Obviously, objectivity/subjectivity in the media is a complex topic in itself, but in general we can agree that there is more than one way to tell a story and more than one type of expression. It is important to understand why interpolation can be seen as annoying, unnecessary, and disrespectful to artists.

The purpose of art

Simply put, this is the same reason Tom Cruise tweeted this video: it doesn’t represent the media the way the creators intended. It is obvious, however, that the author’s idea is a complex topic, and it cannot be said that people did not make edits to existing media files in an attempt to “fix it”.

In addition, someone who has no problems with anime clips with a high frame rate, or even prefers them, may wonder what makes them bad in the first place. By the very thesis of this article, it is clear that it is not optimal, but why? To say that it “looks strange” would be sincere, but it would be insufficient justification for social advertising.

Years before Tom Cruise told the world to turn off motion smoothing, people were already coming to more informed conclusions about why they didn’t like it. This may cause the computer-generated images to move in a way that betrays the expected effect, even to a small extent. And so we come back to the intention -and further, to the method behind it all.

Frame rate according to animation

In fact, it may be fate that the frame rate appears through the prism of anime, since fewer or more frames is an integral part of understanding the medium. When animating something, the key animator will place the main frames in motion or a series of movements. Then the intermediate animator adds frames between the keyframes.

The truth about interpolation is that it serves a very specific purpose: to make the coverage of sports events in high resolution smoother and clearer. This makes sense in an environment where second-by-second playback is crucial to analyzing a piece. But in cinema, high-budget television or animation, frames matter, and often their absence is no less important.

Some animation is very impressive because it’s really smooth, but often because animators work on animating each frame rather than interpolating everything in a row. Other animations can look incredibly realistic and great because fewer frames are animated. It’s hard to imagine that Mitsuo Iso’s or Bahi D.D.’s work would look the same if “Ghost in Armor” or “Children on the Slope” were rendered with interpolation to look like a cut scene in a Patinko slot machine.

What is the harm?

At this point, all of the above may well be a sermon to the choir, but at the same time someone who does not mind it may think to themselves: “Who offended this person?” Honestly, this is quite a lot of words to summarize the irritation that you feel when you go to YouTube and trying to find a Lycoris Recoil OP with an estimated frame rate.