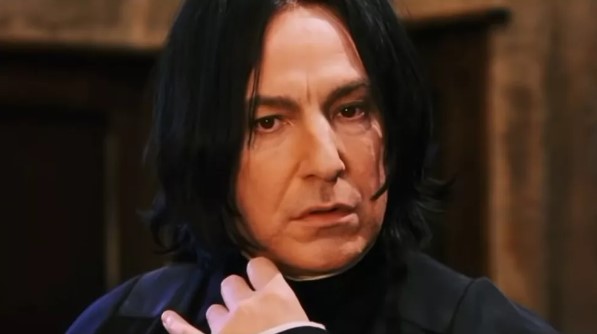 The late actor honestly spoke about what, in his opinion, was missing in the scene of Dumbledore’s death.

Alan Rickman was a legendary versatile actor of theater and cinema. It was convenient for him to get into the skin of slippery villains, as well as take on comedy roles. The late star played the cult terrorist Hans Gruber in Die Hard (a role he initially wanted nothing to do with) and the sheriff of Nottingham in the superbly mannered Robin Hood: Prince of Thieves. His sarcastic role of the angel Metatron in Kevin Smith’s “Dogma” is an example of the fact that he is not afraid to accept any role and gives it all his strength. There’s no shortage of great Rickman roles worth watching. The world has lost great things with his passing in 2016. Perhaps the most iconic role of the actor may be his heartbreaking look at Severus Snape. Harry Potter fans were quick to pay tribute to the role after his untimely death at the age of 69 after a quiet battle with pancreatic cancer.

Thanks to the recently published “Madly, Deeply: Alan Rickman’s Diary” (a collection of diaries that the Harry Potter star began keeping in the 1990s), we get a new idea of how the actor treated his stay on the Potter set. It seems that Rickman was not a fan of the original script of “Harry Potter and the Half-Blood Prince” and how Dumbledore’s death scene was handled in particular — mainly due to the fact that there was no drama in this scene.

According to excerpts from the diaries shared by Insider, actor Snape said the following about Dumbledore’s final scene:

The scene seems strangely devoid of drama — on the page — but this is the absolute cause and effect of the scenarios that should unite (pump out) the narrative. We don’t know enough—or remember enough—about the problems of individual characters to understand their problems. Or leaving.

While the sixth book and the film are often overlooked in the rankings of all Harry Potter films, The Half-Blood Prince plays a key role in revealing Severus’ true nature. He was never the villain we were led to believe in by killing Dumbledore — all the clues are there if you know where to look.

The book version of Dumbledore’s death is slightly different from the film version, including a scene in which Snape promises Draco Malfoy’s mother that he will look after her son — a phrase that Rickman tried to remove from the script. Rickman felt that the nature of book adaptations, requiring pumping out some narratives in large books for the script format, any dialogue between Snape and Malfoy’s mother would distort the character’s motives for the audience and destroy the course of the scene.

Ultimately, this is a brilliant choice and insight on Rickman’s part. It is known that J.K. Rowling (author of the Harry Potter series of books) shared Snape’s true intentions with Rickman a few years ago. The actor was well aware that presenting Dumbledore’s death in complete silence would be much more dramatic and a better help for paying for Snape’s exposure in the next parts of the franchise.

If you want to know what else the late actor had to say about the last two decades of his career or about his fellow actors (for example, his criticism of Emma Watson’s performance), you can choose “Madly, Deeply: The Diary of Alan Rickman”. which is already available on the Canon Gate website. All Harry Potter movies are currently available for streaming on a Peacock subscription.

Ralph Fiennes says J.K. Rowling is “not an ultra-right fascist”