Home Entertainment Why 2K23 WNBA Edition Matters for the Future 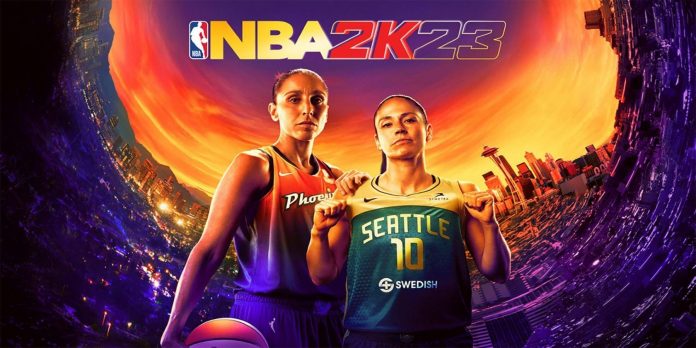 Ever since the NBA 2K franchise began in 1999, the idea of choosing a professional basketball player to star in the box art of each new version of the game has been hotly anticipated. After Allen Iverson’s five-year tenure as the first cover star of the 2K series, a new star was chosen from among the best NBA players of the past and present. From Derrick Rose to Giannis Adetokumbo, from Larry Bird to Zion Williamson, being on the cover of the newest annual NBA 2K issue is a great honor in the world of professional basketball. It’s also a proven move for 2K to sell more units — if a fan sees his favorite basketball player depicted on the cover of a new game, he may be a little more inclined to abandon last year’s edition and pay $70 for a new one. .

In recent years, 2K has started releasing special editions of its games, each with a unique cover. A couple of years ago they had a short period of sales of NBA 2K versions for specific countries, when international players played the main roles on the covers sold in their countries (Poe and Marc Gasol in the Spanish edition, Tony Parker in the French edition, etc.). After Kobe Bryant’s death, 2K released a version of 2K21 Mamba Forever in honor of the legendary Laker. Last year, the first edition of the WNBA was published, dedicated to the 25th anniversary of the WNBA. The edition was exclusive to GameStop, and Candice Parker starred on the cover. This year 2K continues the tradition by releasing the WNBA version for 2K23. This time, WNBA legends and friends Sue Bird from Seattle Storm and Diana Taurasi from Phoenix Mercury will share the cover.

Big W for the NBA

The WNBA has long been subject to criticism and negative discussions, especially regarding its profitability. In 2018, NBA Commissioner Adam Silver stated that the WNBA was suffering losses of $10 million a year. Although the WNBA has reported significant progress in recent years, the league’s administration still faces an uphill struggle if it wants to get any closer to the metrics the NBA is currently achieving. Many of the barriers the WNBA faces stem from systemic sexism, and more video game coverage could break down some of those giant barriers.

One of the driving forces of the WNBA is its passionate mission to make sure that everyone who wants to play sports can and has been doing it. The NBA 2K releases for the WNBA are just one step towards that goal. Sue Bird said in an interview with AP News that she is concerned about the level of withdrawal of girls from sports. Having WNBA players next to NBA players on the cover of one of the most successful sports video games in history is another step towards giving all young fans the motivation they need to play the sport they are passionate about.

In turn, the versions of NBA 2K games for the WNBA are designed not only to make a big profit, but also to increase representativeness. While some men who really enjoyed the NBA 2K games may complain that this is an unprofitable or desirable step for 2K or the NBA, they completely miss the point: it’s not for them. This is for that young girl wandering around GameStop who comes across a basketball player who looks like her and realizes that maybe one day she can become a professional basketball player. It gives support to people who haven’t had it before.