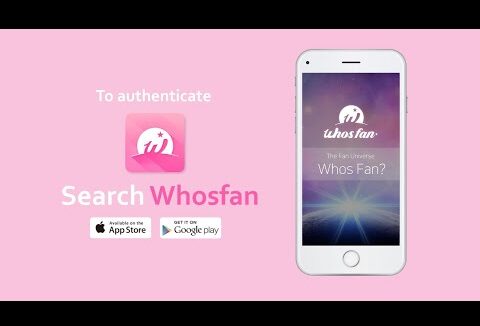 K-pop is increasing in popularity, adding a large number of international fans, especially in Latin America and the United States, making Hanteo, the most important chart in South Korea and the one that determines the success of comebacks according to sales achieved, announced a new project.

In collaboration with CJ Entertainment’s Mnet, being one of the most important K-pop channels, the Whosfan mobile app will allow international fans to vote directly on weekly raking. We tell you what it is about.

Through a statement, HANTEO GLOBAL, Inc. revealed its plans to include fans outside of South Korea. In order to support your favorite idol, you will have to download the app, available for iOS and Android. You can easily create your profile, you just have to have a social media account.

Once you have your account, you must accumulate credits, which you can earn by playing videos of your favorite group, reading articles, leaving reviews, making posts in the artist and fan community, even just by starting the app.

With these credits you can buy voting tickets and in this way you contribute to your idol having a good position in the M! Countdown, since one of the criteria of the program to obtain a win is the predictions.

THE ADVANTAGES OF USING WHOSFAN

If you did not know the Whosfan app, it also allows you to see the official schedules of your group, that is, the activities scheduled on your agenda, such as appearances in shows. You will also be able to authenticate the albums you buy outside of Korea, for the moment, the option is only available in the United States and DICO stores in Chile.

The application also allows you to review the Hanteo chart in real time, you will be able to know how many albums have sold during the day and per week. Also note that by reading articles and awarding points to your idol with your Whosfan activity, they earn a score and in the end are awarded from third to first place.

A new mini retro console is here to play Pong