Home Entertainment Whoops, Analysis. The Amount Of The Trip Is The Journey 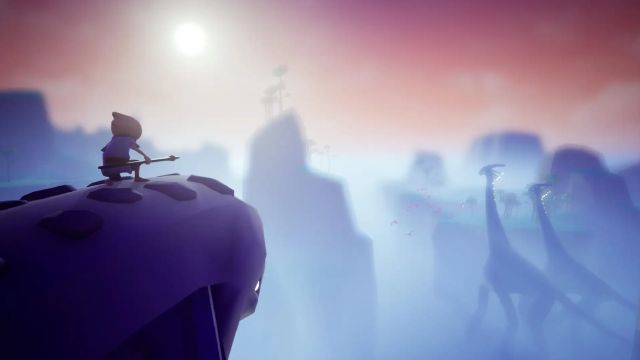 Journey: We analyze this pleasant adventure carried out by a single person. A journey in search of answers in an idyllic landscape full of sincere emotion. The fact that Omno was recently launched on Switch serves as an excuse to give it a fair analysis. On PC, Xbox and Play the protagonist wanders gracefully since the summer of last year. The time that has passed allows us to enjoy today a game that would no longer receive certain criticisms from its initial release, such as those that mentioned a wobbly framerate. The version we reviewed runs on a PS4 Pro, where by now the game is enjoyed at an absolute level of polish. Finally, substance and form move together. Let’s see what secrets it keeps inside.

The one man army

The end of Onmo’s credits is an endless list of thousands of proper names, exactly 3,471. They are the Kickstarter backers who gave the final push to Jonas Manke’s personal project. 32,000 euros were requested and the collection ended with more than triple that amount. Happy ending to five years of hard work.

Manke is an efficient German animator who immersed himself in the video game, above all, working for Stay of Decay 2. The Undead Labs zombies of Manke’s final work that we analyze today could not be more antipodal. What he got out of there, in addition to a handful of good friends, was experience, security, self-criticism, time management, and discipline. Without those qualities it would have been very difficult to tackle a solo project like Omno.

For me, working in this competitive environment not only helped me gain a lot of experience in game development, but also in project planning, setting realistic deadlines and budgets. I’ve met some great people and inspiring artists along the way that I talk to on a daily basis to get the toughest, most qualified feedback.

Round 6: Youtuber Recreates The Series’ Scenarios And Will Play The...

The cause of death of Harrison’s son of “General Hospital” star...