Home Entertainment Who Wins The Squid Game And What Does The Ending Mean? 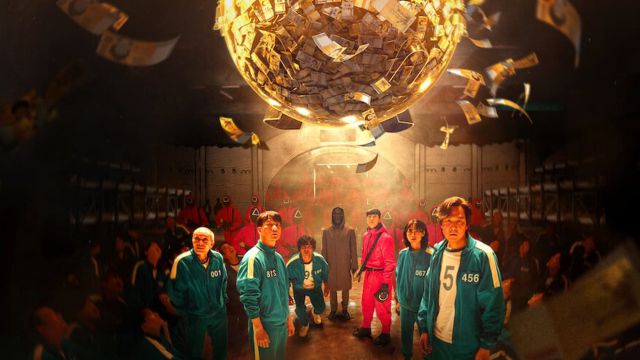 The Squid Game: If you’ve finished watching the Squid Game series and don’t know what its ending means, we’ll explain it here and help you understand it better. The popularity of the Korean Squid Game series has grown like wildfire in recent days. Being on Netflix, dealing with universal issues and engaging with its approach from the first chapter have been the main keys to its great success. In the absence of knowing 100% if it will have a second season, we meet in this article to review the outcome of the series and explain it to you to understand who really wins The Squid Game and what that somewhat open ending means.

Warning: this article contains spoilers for the series finale of The Squid Game

Who wins The Squid Game?

After overcoming a good number of tests, direct confrontations and challenges, the one who wins the Squid Game is the protagonist we have accompanied from the beginning of the plot: Seong Gi-hun (played by Lee Jung-jae) . His childhood friend Cho Sang-woo couldn’t beat him in the last test, so he was the one who took the prize of more than 45 million won and took it stored on a bank card.

What does the end of the series mean?

After winning the award, Seong Gi-hun feels so depressed and sorry for everything that has happened and has been forced to do that he is unable to touch a single won of all the millions that he has in his possession. . When he gets home, he discovers how his mother has passed away and his daughter has already left with his ex-wife for the United States. Without hope or illusion for anything, a year passes in misery until he receives a mysterious card attached to a flower that he buys on the street. By going to his Gganbu’s appointment, he discovers in disbelief that Oh Il-nam, the old man that he thought he had died in chapter 6, is still alive.

James Wan shared a pleasant opinion after the announcement of the...