Home Tech Who will be Apple CEO? Here are the possibilities 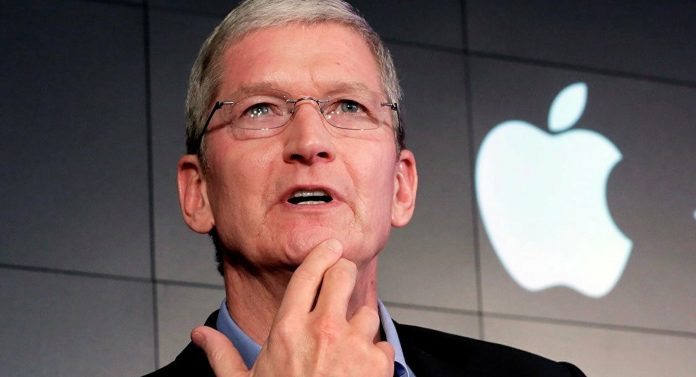 Recently, it has been the subject of debate over who will appear as the next Apple CEO. In 2011, Tim Cook replaced Steve Jobs, co-founder of Apple. Although it is impossible for Jobs to fill his place, he continues to carry out his duties successfully. In this process, Apple’s share has grown by more than a thousand percent. He managed to increase the value of the 153 billion dollar company to 2 trillion dollars. It has expanded its product portfolio with new services, wearables and a wider range of screen sizes.

Last week, Apple CEO Cook celebrated his 10th anniversary in office. It may also be their last period. According to Bloomberg’s Mark Gurman, Tim Cook will retire between 2025 and 2028 due to his contract, which will expire in four years. So, who are the likely candidates to replace him? Let’s examine together…

We cannot even imagine the difficulty of any high-level task at Apple, which has 100,000 employees. Currently, Cook also runs a multi-trillion dollar empire. However, predictions about who will assume the CEO position of Apple in the coming years have begun to come. According to Bloomberg’s report, let’s take a quick look at the company’s management members…

Kate Adams
Adams is a solid general counsel in many ways. But they won’t choose him because he’s new to Apple. At the same time, the company is looking for a technology or operations manager, possibly for its next leader.

Eddy Cue
Cue, a 32-year-old Apple employee, sounds like a strong candidate. Similar to other Apple executives at the company, Cue is pretty good at succession planning. In the past few weeks, he received the title of Senior Vice President of Services.

Craig Federighi
Federighi is someone with the charisma and outside support to take the top position. He’s an executive who can handle it, as he oversees thousands of engineers who do software upgrades each year. He is about eight years younger than Cook and has technical skills, having worked under both the Jobs and Cook terms.

Giannandrea joined Cook’s team after leaving Google in 2018. Thus, he became the newest employee on the team. Artificial intelligence and machine learning specialist. Also, Giannandrea took on new responsibilities like the automobile project. Still, a relative newcomer, especially an executive in smaller units of the company at the moment, is unlikely to become a CEO.

Who are the strongest CEO candidates?
Sabih Khan
A new member of the management team, Khan was appointed after Jony Ive’s resignation. He works as an operations manager. It is operations that have allowed the company to reach the scale it has had over the past few years. Jeff Williams would be chosen to replace Khan. However, Khan is three years younger than Williams. He’s theoretically eligible to become Apple’s CEO should Cook step down in the future.

Deirdre O’Brien
In his 30-year journey with Apple, O’Brien has seen it all. She held various sales, operations and finance roles before becoming Apple’s retail manager in 2019. She also helped the company open its retail stores, she. In this last role, she oversees most of Apple’s employee base.

However, she carries out one of the company’s core functions as head of human resources. She is also about five years younger than Cook. So he may have a long Apple career ahead of him. He’s a potential CEO due to his deep knowledge of Apple culture and having done many of the company’s most important functions.

Johnny Srouji
Srouji is arguably one of the most critical Apple leaders this year. With his team, he’s responsible for the chips that power the iPhone, iPad, Apple Watch and Macs, delivering annual performance gains. Recognized as an honest leader, Srouji has earned the respect of thousands of engineers around the world. It’s certainly important to Apple, but it’s debatable whether the chip chief is fit to run Apple as a whole.

Greg Joswiak
“Joz” is the longest-serving Apple employee on Cook’s management team. He was promoted to senior vice president last year. But he’s been among Apple’s key leaders for much longer.

He has been heavily involved in product management and marketing of all of Apple’s products for several years. He knows the company ins and outs, is technically savvy, and could definitely be Apple’s next leader.

John Ternus
Ternus, the youngest member of Apple’s management team, draws attention. Theoretically, if he becomes CEO in five years, he can serve as CEO for more than ten years.

Maybe even longer than anyone else on this list. Earlier this year, he was appointed chief of hardware engineering at Apple. Ternus stands out as a good candidate.

Jeff Williams
If Cook steps down in the next five years, Chief Operating Officer Jeff Williams is the top candidate to take over. productiond