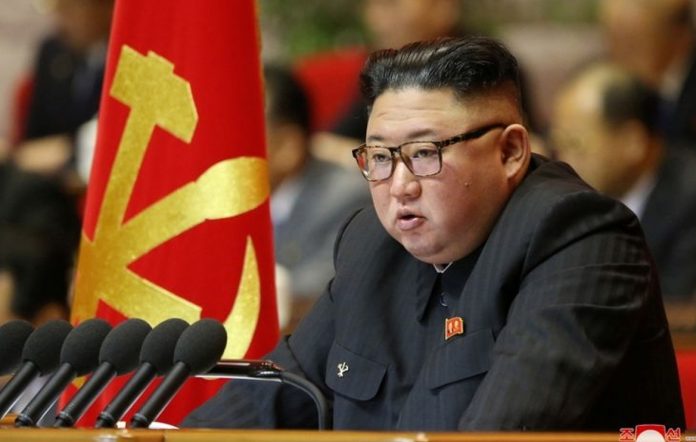 Kim Jong Un presented his proposal to improve “the standard of living” in North Korea, and spoke about increasing the country’s military power in the interest of keeping the peace.

Kim’s remarks took place at the Eighth Congress of the Workers’ Party, the first since 2016, and which began Tuesday amid a growing economic crisis in North Korea caused by heavy border restrictions due to the pandemic.

The state news agency KCNA reported that Kim has the “significant will to reliably protect the security of the country and the people and the peaceful environment,” for which he wants to “place the defense capabilities of the state at a much higher level. “.

The party congress intends to set Pyongyang’s political directions on the economy and foreign affairs in the face of stalled denuclearization negotiations.

According to the Reuters report, Kim also spoke about policies to achieve a “tangible change in improving the standard of living of the population”, a day after admitting that his previous economic goals had failed, emphasizing self-reliance to overcome challenges. facing the country.

In Wednesday’s report, the North Korean leader analyzed the country’s economic situation in various sectors and presented “the objectives and practical ways to realize innovations and development in the relevant fields during a new five-year plan.”

The sectors examined included the transport, construction, communications and trade industries, as well as external economic relations. But neither the United States nor South Korea were mentioned.

It is not yet clear how many days the congress will be held, as North Korea has not released the exact schedule. The previous congress was held for four days.

The session has attracted a great deal of attention from the outside world to assess the North’s new foreign policy line ahead of the inauguration of US President-elect Joe Biden on January 20, as it has remained silent on the Biden’s win from now on.

“Do you know what perjury is?”: Alex Jones’ lawyers