Home Entertainment Who voices the minions? 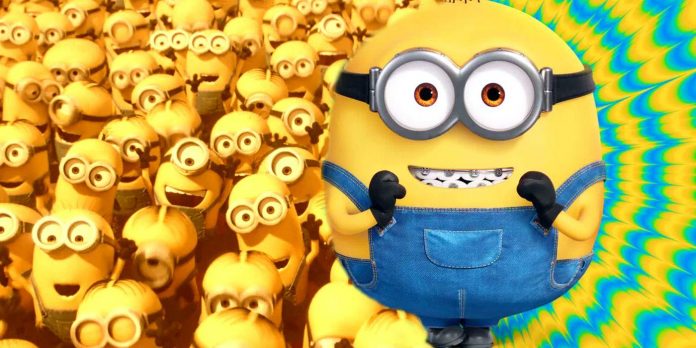 Gru’s tiny yellow accomplices were probably the biggest legacy of the “Minions” and “Despicable Me” saga, but it’s not entirely clear who voices the minions in “Minions: The Rise of Gru” and beyond. Unlike many other famous animated characters, the minions lack the characteristic intonation of the voice, instead they communicate with a series of meaningless mutterings. As a result, it doesn’t necessarily make sense for an A-List performer to invest their considerable-not to mention expensive-talents in the role.

Minions debuted in 2010 in the movie “Despicable Me”. Although they were originally supposed to be Steve Carell’s comic sidekicks, it quickly became clear that they were the real stars of the show. As a result, each subsequent part of Despicable Me increased the quota of minions to such an extent that they are now legitimate colleagues. This became quite obvious thanks to the success of two spin-offs dedicated to minions — the 2015 “Minions” of the same name and its 2022 sequel “Minions: The Gru Uprising”.

In each film, the chatter of Kevin, Bob and others plays a key role in creating the tone of the series and the universal humor of the farce. In each part, the minions are actually voiced by the creator and co-director of Despicable Me, Pierre Coffin. The French animator and voice actor has so far played henchmen in every part of the series, and also shared the duties of director in all films except “Minions: The Rise of Gru”. In many ways, the fact that the minions are played by only one person, who himself is responsible for shaping the overall direction of the film, explains why they have become such an integral part of the franchise “Minions” and “Despicable Me”.

What language do the minions speak

The minions’ chatter can easily be considered complete nonsense. However, linguistically, their communication style is actually much more complicated than it seems. Although Coffin himself is French, he actually speaks several different languages, each of which defines a unique dialect of minions. In addition to French, English, Spanish and even Indian elements are included. This explains why, despite the fact that most of what is said is meaningless, it is almost always possible to understand the essence of what minions can say throughout the series “Despicable Me” — no matter where the viewer is from.

Coffin himself has shown that when it comes to mixing the various influences underlying what language the minions speak, it’s not so much stupidity as creating a common tone. In an interview with The Hollywood Reporter, Coffin said, “It’s about finding a special magical rhythm and melody that gives meaning to nonsense [via Bustle].” This highlights that, although individual recognizable phrases can cause laughter, in fact it is a much more thoughtful process than it seems at first glance. In many ways, this explains the continued success of the Minions, in addition to even the Minions: The Gru Uprising — there is actually some surprisingly complex linguistic thought behind the stupidity.

Josh Gad discusses the unimaginable loss in his family, but thanks...