Home Celebrity Who surpassed Meghan Markle and Kate Middleton in the ranking of the... 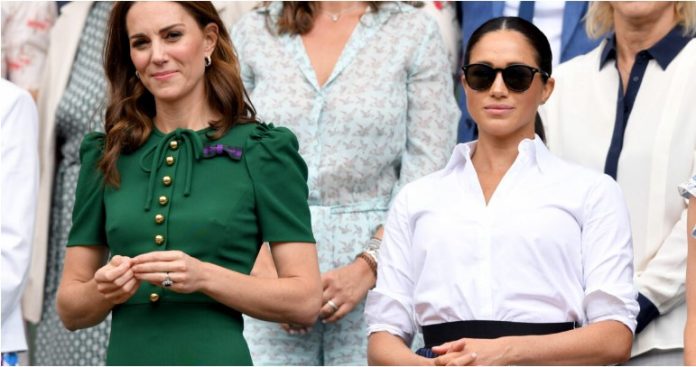 The Royal family of Great Britain holds the title of the most famous monarch in the world. Over the past few years, the House of Windsor has made headlines, mainly due to controversies and scandals. Just two years ago, the palace was hit hard, and Prince Harry and Meghan Markle announced their decision to leave the family and settle in California.

Despite their output, they are popular with people in the United Kingdom. Recently, the Daily Mail conducted a survey to identify the most popular member of the royal family. The results were a bit surprising: Prince William and Kate Middleton took first and second places, respectively. Meanwhile, Prince Harry and Meghan Markle took fifth and sixth places. The financial world also conducted a survey to find out which of the members of the royal family is the most influential, and the results were quite shocking.

The survey results were announced based on Google searches, Instagram hashtags and TikTok views. Most people expected either Kate Middleton or Meghan Markle to top the charts. However, it was Queen Elizabeth II who overtook her two granddaughters. The late monarch received a whopping 18.7 billion views on TikTok and 1.6 million hashtags on Instagram, as well as 4.7 million searches for her on Google.

The Princess of Wales follows the Queen in second place. Middleton has appeared in Google search results 2.9 million times. She had 6.3 billion views on TikTok, and her hashtag on Instagram recorded a participation of 1.4 million people. Meghan Markle took third place. The Duchess of Sussex has been searched 4.5 million times, making her the second most popular royal family on Google this year after Queen Elizabeth II.

The newly appointed monarch, King Charles III, failed miserably, taking sixth place in the list. The Prince of Wales, Prince William, is also disappointed as he is ranked seventh. However, Prince Harry ranks fourth right after his wife. In the fifth slot, Princess Diana is unexpectedly mentioned. Diana’s presence in the charts speaks volumes about her popularity, since 25 years have passed since her death.

Who is your favorite member of the royal family? Let us know in the comments.