Home World WHO Named New Coronavirus Variant “Omicron”: There Is A Higher Risk Of... 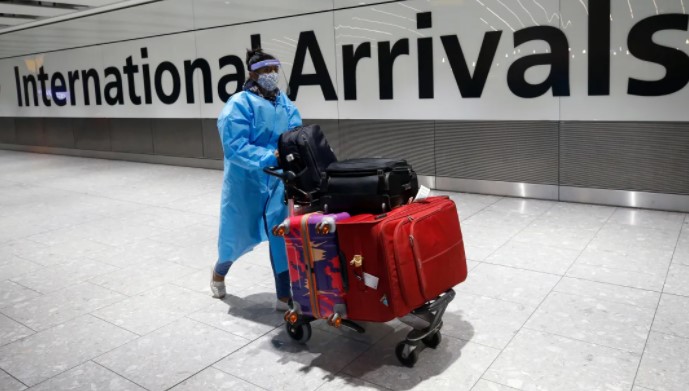 The World Health Organization named the new coronavirus variant detected in South Africa “Omicron“. The omicron variant, which spreads from South Africa and Botswana, carries a higher risk of transmission, according to preliminary findings.

The World Health Organization held a special meeting to discuss the newly emerging and “heavily mutated” new Covid-19 variant, variant B.1.1.529. In the statement made after the meeting, the variant identified as B.1.1.529 was named Omicron and it was stated that it had a higher risk of transmission according to preliminary findings.

In the statement made by WHO, it was stated that less than 100 cases carrying the B.1.1.529 mutation have been reported so far. Stating that the cases were mostly confirmed in South Africa, WHO pointed out that the new mutation was also detected in Hong Kong, Israel, Botswana and Belgium.

British Health Minister Sajid Javid said in a statement in the British House of Commons that the mutation causes “major international concern”, but that no cases have been detected in the UK.

Stating that the experiences obtained show that “it is necessary to act quickly and as soon as possible”, Javid noted that the B.1.1.529 mutation “probably” may have spread to other countries from South Africa and Botswana.

In the statement made by the Ministry of Health in the Hong Kong Special Administrative Region of China, it was reported that the new mutation was detected in 1 person from South Africa in Hong Kong and in 1 guest who tested positive a few days later in the same quarantine hotel. The ministry noted that both cases were fully vaccinated against Covid-19.

Belgian Health Minister Frank Vandenbroucke announced in a statement that the new mutation was detected in an unvaccinated person and the test performed on the person on November 22 was positive.

After the detection of B.1.1.529, the new mutation of Covid-19, in South Africa earlier this week, authorities in many countries are taking action and tightening travel restrictions. Many countries, including the UK and Singapore, have decided to stop their flights to South African countries.

In the statement made by the British government, it was stated that South Africa, Botswana, Namibia, Zimbabwe, Lesotho and Esvatini were placed on the red travel list due to the mutation and that people coming from these countries should apply a hotel quarantine for 10 days.

In addition, Singapore, Italy, France and Israel are among the countries that put Mozambique on the red list, while Japan announced that as of Saturday, passengers from South Africa must quarantine for 10 days and have a total of 4 tests during this time.

Japan Launches Investigation Into Apple And Google For Distrust