Home News WHO launched an investigation in Wuhan, China 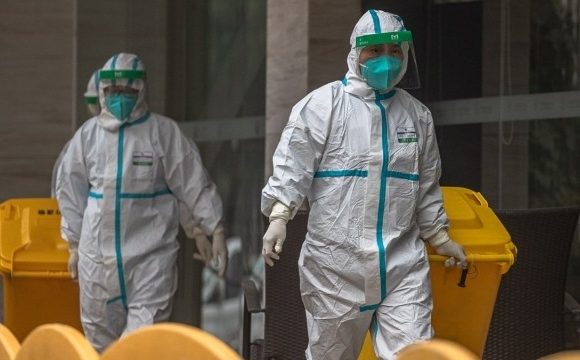 After doubting the origin of COVID-19, the WHO has already started an investigation in Wuhan, China

The exact origin of COVID-19 is still unknown, so the experts of the World Health Organization (WHO) began this Thursday, January 28, in the city of Wuhan, China, an investigation into the origin of the coronavirus , whose new explosion in Brazil begins to isolate the South American country from the world.

After two weeks of quarantine, the WHO team was able to investigate in a context of tension, as China accused the United States of trying to “politicize” the mission, after it assured that it will evaluate the “credibility of the report.”

An AFP team was able to remotely observe a dozen members of the mission boarding a bus that was waiting outside the hotel. The vehicle headed to an unknown destination in Wuhan, where Covid-19 broke out in late 2019.

The investigation in this city in central China, very delicate for Beijing, which tries to exempt itself from all responsibility, comes more than a year after the appearance of the virus, which has so far left more than 2.1 million deaths in the world for more than 100 million cases.

Brazil, the country that worst controlled the COVID-19 pandemic
Brazil is so far the country that has managed the pandemic the worst, according to a study by the Lowy Institute, which also leaves Colombia and Mexico respectively as the second to last and second to last in a list of 100 countries and territories, while New Zealand, in that analysis , is the one that has done the best in the face of covid-19.

The Pan American Health Organization (PAHO) described Wednesday as “worrying” and “critical” the incidence of the pandemic in Brazil, where “large numbers of cases and deaths” are recorded in Brasilia, Sao Paulo and Bahia.

Faced with this situation and the appearance of a new strain in the country, Colombia followed in the footsteps of Portugal, Turkey, Morocco and Peru and decided to suspend all flights with Brazil as of Friday, while Germany plans to reduce its air traffic with the giant South American.

“The basic decision is that we do not want any traffic, no entry of mutation zones into our territory,” German Interior Minister Horst Seehofer said today.

Reports: Musk’s Bid to Buy and Privatize Twitter is Heating up