Home Entertainment Who Is Trevor Noah, The Host Of The 2022 GRAMMYs? 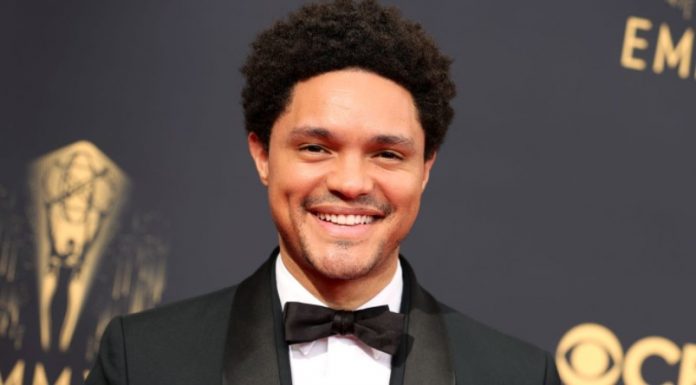 Trevor Noah is one of the African comedians who is giving the most to talk about. On Monday, January 31, 2022 , the winners of the 64th Grammy Awards will be announced. The famous American Academy of Music Recording will celebrate a year full of music at the Crypto Arena in Los Angeles.

This year the top nominee is Jon Batiste. The 35-year-old singer is nominated up to eleven times. Justin Bieber, Doja Cat and HER are also not far behind. Each of the artists has eight nominations. This 2022 there will be a Spanish presence led by C. Tangana and Pablo Alborán. The two artists are nominated in the Latino category.

Although the true protagonists of the Grammys are the musical stars, for the gala to be as enjoyable as possible it has to have a good master of ceremonies. ¿ And who is this year? Trevor Noah.

Although in Spain his name is not well known, in the United States and Africa he is quite a celebrity. The presenter and comedian was already the presenter of the Grammy in 2021. Now, the academy is betting again for this edition.

“Trevor was amazing as our host for the 63rd GRAMMY Awards, with accolades from the music community, music fans and critics,” said Harvey Mason Jr., CEO of the Recording Academy. “We are very happy to welcome Trevor back to the stage of the GRAMMYs® and we feel fortunate to have him once again host what we believe will be an unforgettable night,” he continued in the official statement accompanying him. the press release.

Who is Trevor Noah?

Trevor Noah is one of the most successful comedians in Africa. At 37 years old, he can boast of having a great career full of successes. In fact, he has an Emmy thanks to his show The Daily Show on Comedy Central.

He is also one of the most sought-after creators of the moment in the world of comedy. He has written, produced, and starred in 11 shows. The comedian can also boast of having a bestseller: Born a Crime: Story of a South African Childhood.

But Noah’s success has not stopped there, it has also reached the world of podcasts. He has his own series in this format called The Trevor Noah Podast . In it, the writer challenges himself to explore different points of view, embrace other discourses and celebrate the contradictions with which we live in our daily lives.

Without a doubt, Trevor Noah has managed to win the respect and love of the public. We will have to wait until January 31 to see how it unfolds again on the stage of the Grammys.

Why is the MCU completely rethinking Namor