Home Entertainment Who is the strongest character in The Umbrella Academy right now (after... 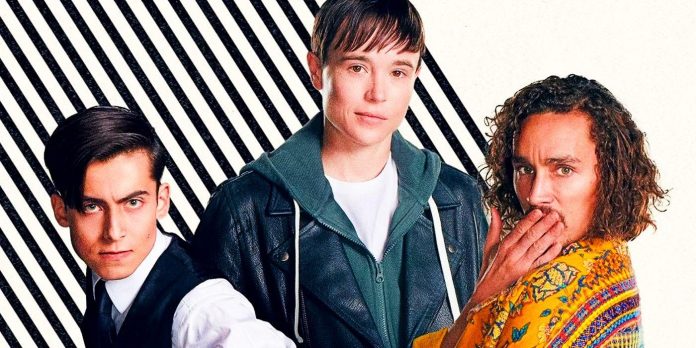 Warning: Contains SPOILERS for the third season of The Umbrella Academy.

When presented to the members of The Umbrella Academy, numbers were assigned. Although this has never been confirmed, one plausible theory about the order of the Umbrella Academy numbers is that Reginald arranged them according to how useful their abilities were to him. Since Klaus was number 4 and Victor was number 7, they weren’t as useful to him because they were more fickle than Luther (number 1) or Diego (number 2). However, in the third season, it turns out that the dispute over who is the most influential member of the Umbrella Academy is between Klaus and Victor, and suggests that it has always been between this couple.

Although Victor has the potential to surpass him, season 3 of Umbrella Academy reveals Klaus’ immortality and his ability to exist in the afterlife, making him the most powerful member of Umbrella Academy. Klaus was accidentally shot by Stanley with a crossbow, but he miraculously managed to survive being hit by an arrow right in the heart. His subsequent journey to the afterlife and back proved that Klaus could use his power to resurrect himself, as he had always been immortal.

Why is Klaus the most influential member of Umbrella Academy, and not Victor

This, combined with his ability to self-heal after regeneration, makes him a difficult candidate to compare with Victor in terms of strength. Towards the end of the new season, Victor absorbs Harlan’s similar powers, which are based on extracting energy from the vibrations of sound waves. Whether this means that Victor will now be twice as strong as before, only the next season will show. However, Klaus has been actively training with his abilities throughout the show, including his training montage in season three with Reginald, so his abilities are much less volatile than Victor’s shaky grip on his own, and it’s hard to say how good he’ll be. to adapt to an already powerful version of the force, which is difficult for him to control. Since Victor’s sonic energy powers are much more variable than Klaus’, this makes the latter the most powerful by season 3, although the potential of Victor’s abilities is theoretically more extensive.

However, Klaus’ power potential is definitely not limited, as he can access the abilities of anyone who has died and communicate with spirits. Given Klaus’ tendency to seek advice from the dead, such as his mother in season 3, he could listen to the advice of previous people with superpowers. Not only that, he could use their powers by manifesting them, as he had already proved with his brother Ben Hargreaves in the second season of Umbrella Academy.

The very nature of the couple’s abilities has always made them claim to be the most powerful member of Umbrella Academy, but their personal lives have limited their recognition as such. Reginald mistreated both of them, Klaus struggled with drug addiction, while the family always excluded Victor. However, by the third season of Umbrella Academy, Victor still hadn’t fully realized his abilities, possibly due to the instability of sound waves. By comparison, Klaus has a rich power to draw from: the afterlife. The finale may cast doubt on such debates, as their powers seem to have been taken away from them. For Umbrella Academy to regain their powers will be the biggest challenge — and they may have to cope without the abilities they have honed throughout the series.

Moxie: check out what the critics are saying