Home Entertainment Who is the new character in the FF7: Ever Crysis trailer? 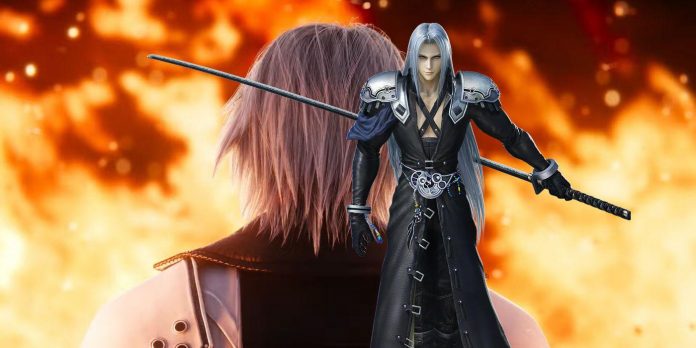 In the latest trailer for the upcoming Final Fantasy VII: Ever Crisis, a scene was shown in which a new character seemed to have appeared. The identity of the character is easy to establish, based on hints in the trailer and statements from people from Square Enix. Ever Crisis is an upcoming mobile title that will retell the entire compilation of Final Fantasy VII, starting with the First Soldier who participated in the Memorial Service for Cerberus.

FF7 started as an independent project, but its popularity has led to the emergence of several side projects, including novels, games and films. This meant that characters and scenes were retroactively added to FF7’s story, for example, Genesis was partially responsible for Sephiroth’s descent into madness, and Turks members were present during Cloud and Sephiroth’s battle in the Nibelheim reactor. All projects taken together are known as a compilation of Final Fantasy VII, although the FF7 remake series is considered independent, although the plot mentions the events of games such as Crisis Core and Before Crisis.

Link: Where The FF7 Remake Part 2 Story Should End

During the live broadcast of the Final Fantasy VII anniversary celebration, a new trailer for Ever Crisis was shown, although it was overshadowed by the announcements of the revival of FF7 and the reunion of Crisis Core. The trailer showed the famous scene of Sephiroth standing in front of the flame, but he is replaced by another character. The character turns around, but the viewer can only see his mouth in the frame. The character’s identity is not revealed in the trailer, but it’s clear who it is, especially considering interviews from the past.

Tetsuya Nomura, creative director of Ever Crisis and the FF7 remake, mentioned in an interview with Famitsu that Ever Crisis will feature scenes with a young version of Sephiroth. The character in the trailer looks like a younger version of Sephiroth, with much shorter hair. It looks like he has the same shoulder pad design, with three holes in the same position. The character also seems to wield a katana, although it’s clearly not Masamune, which means it’s quite possible that someday the Crisis will show how Sephiroth acquires a sword.

The idea of exploring the backstory of Sephiroth is intriguing, because that’s what the fans originally assumed The first soldier appeared around the time the trademark for his name leaked onto the Internet. The fact that the young Sephiroth is shown under the same circumstances as when Nibelheim was destroyed, and covered in blood, suggests that he may have fallen into a similar frenzy in his youth, which was hidden by the leaders of Shinra. The glimpses of Sephiroth seen before the incident in Nibelheim show that he is a calm and reserved person, but perhaps it was not always so, and every Crisis can reveal the hidden dark side of Sephiroth, which did not come to the fore until he learned the truth about his origin.