Home Celebrity Who is the new actor to join the cast of the Netflix... 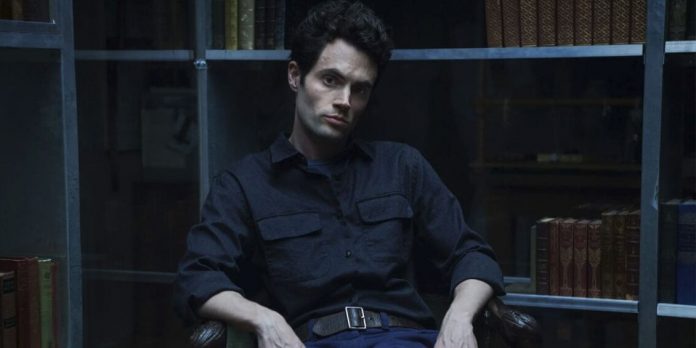 You will add Scott Michael Foster to its cast for its third season. Similarly, Foster, who is known for starring in The CW’s musical comedy Crazy Ex-Girlfriend, landed a recurring role in the Netflix psychological thriller.

In turn, in You will play Ryan (Scott Michael Foster), a local television reporter described as a beloved single father who has overcome a history of addiction, with hidden secrets, including a controlling and calculating behavior that he reserves for the most close to him and for anyone who stands in his way.

Separately, Netflix previously announced that it had added Scott Speedman to the cast of the show’s third season, as well as Tati Gabrielle, from the Chilling Adventures of Sabrina show.

Recall that You is a psychological thriller based on Caroline Kepnes’ best-selling novel of the same name, in the first season, a brilliant bookstore manager crosses paths with an aspiring writer.

Who decides that he is willing to do anything for love, including using the Internet and social networks as tools to collect the most intimate details of her life and get closer to her. So a charming and awkward crush quickly turns into an obsession when Joe (Penn Badgley) quietly and strategically removes all obstacles – and people – in her path.

In turn, in the second season of the show, Joe moves from New York to Los Angeles, assuming a new identity and falls in love again. It’s not long before he begins to fall into his old patterns, season two concludes with Joe and his new girlfriend, Love Quinn (Victoria Pedretti), moving to a suburban neighborhood.

On the other hand, Netflix revealed that Speedman will play Matthew, a successful CEO, husband and uncommunicative father, who is reserved, mysterious and has a tendency to be withdrawn. However, all of that masks a deep well of hidden emotions.

Likewise, Gabrielle will play Marienne, a smart and no-nonsense librarian who lives in the Joe & Love neighborhood and doesn’t let a lot go by. Remember that the first two seasons of You starred Penn Badgley in the role of Joe Goldberg.

5 K-pop Idols who Often sing the first verse of their...