Home Entertainment Who is the narrator in the third season of Umbrella Academy? 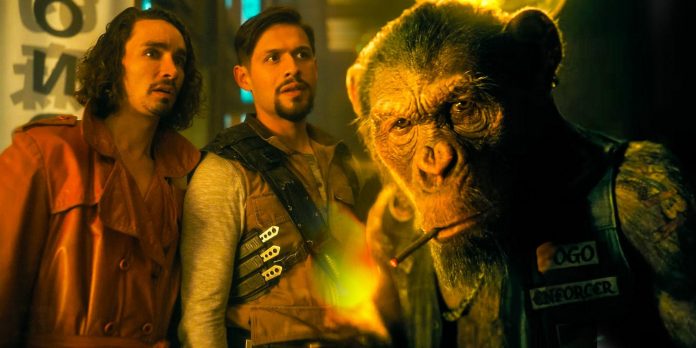 Warning: This post contains small spoilers for the third season of The Umbrella Academy.

Who is the narrator in the third season of Umbrella Academy? The Netflix series returned after a nearly two-year hiatus after season 2, which was released in July 2020. Returning to the present, they found that their father was alive, and they were replaced by a new team called Sparrow Academy, the main characters are ready to prevent another catastrophe that they caused in the third season of Umbrella Academy.

At the beginning of the third season of Umbrella Academy, the narrator retells the story of Sir Reginald Hargreaves, who adopted seven of 43 children born under mysterious circumstances in 1989. Of course, the biggest change here is that they are not the Umbrella Academy at all, but rather the Sparrow Academy, who have their own unique abilities. Viewers will recognize the narrator’s voice in the first and at the beginning of the second season. Although the narrator never appears on screen, he reveals valuable information that moves the story forward and introduces viewers to what is happening.

Who is voicing the mysterious narrator? The third season of Umbrella Academy is narrated by none other than Adam Godley, in which fans can recognize the voice of Pogo, an advanced chimpanzee raised by Reginald and who serves as his assistant. In the third season, Godley doesn’t have much to do, given that Pogo’s role in the overall narrative is smaller than in previous seasons. Godley is not listed as a narrator on IMDb, but his voice is clearly heard in the scenes in which he narrates. Choosing an actor as the narrator’s voice makes sense. After all, Godley is already voicing Pogo, so it would be easier to record the narration than to involve a separate actor for this.

Moreover, Pogo has a history with Umbrella Academy, and he knows their history and the nature of their relationship with Reginald, which makes him an appropriate choice for the narrative. Godley has been doing storytelling at Umbrella Academy for three seasons now. Although he doesn’t narrate every episode, the material he usually works with is usually related to the history of Umbrella and Reginald Academy. In the third season, Godley not only narrates, but also plays another Pogo, hardened by life and betrayed by Reginald. After all, the talking chimpanzee cares about the children’s interests—both Sparrow and Umbrella Academy—and he knows Reginald doesn’t.

Godley’s previous voiceovers include The Missing Link, The Quantum of Mercy video game, and the Great North series. The actor has also starred in many films and TV shows, including the Hulu series “The Great”, where he plays the role of the archbishop, in “Lodge 49”, as well as starring in the TV series “Breaking Bad” and “Force Majeure”. If Umbrella Academy is officially renewed for season 4, it is more than likely that Godley will return to the series to voice Pogo and continue his work as the show’s narrator.

Roguelike fans should pay attention to Cult of the Lamb in...