Home World Who is the former President of Kazakhstan Nursultan Nazarbayev? 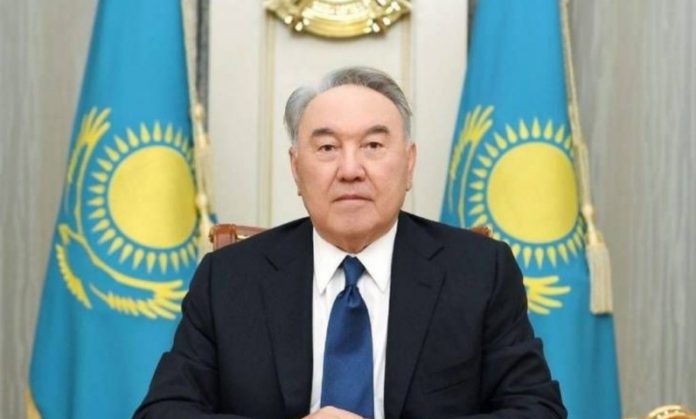 Nursultan Nazarbayev was born on July 6, 1940 in Chemolgan, a rural town near Almaty, the capital of the Kazakh Soviet Socialist Republic. His father was a poor worker working for a wealthy family until the family’s farmland was confiscated during the collectivization policy of Josef Stalin in the 1930s.The family belonged to the Sunni sect of the Islamic religion.

II. At the end of World War II, the family returned to Chemolgan and Nazarbayev began to learn Russian. Due to his success at school, he was sent to a boarding school in Kaskelen.After leaving school, Nazarbayev received a state-funded one-year scholarship at the Karagandy Steelworks in Temirtau. By the age of twenty he was earning a relatively good wage, doing “incredibly hard and dangerous work” in a blast furnace.

Nazarbayev joined the Communist Party of the Soviet Union in 1962 and became a leading member of the Young Communist League (Komsomol).

As a bureaucrat, Nazarbayev met with workers to address legal issues, logistical issues, and industrial disputes and resolve individual issues. He later wrote that “central allocation of capital investment and distribution of funds” meant that infrastructure was weak, workers were demoralized, overworked, and centrally set goals were unrealistic; saw the problems of the iron and steel plant as a microcosm for the Soviet Union as a whole.

Nazarbayev describes himself as a Muslim. He has been married to Sara Nazarbayeva since 1962. They have three daughters named Dariga, Dinara and Aliya from this marriage. Nazarbayev, who grew up in the USSR, is fluent in Russian and English as well as Kazakh Turkish. He also has two brothers named Satybaldy (1947-1980) and Bolat (1953) and a sister named Anip. On August 16, 2020, Nazarbayev’s grandson, Aysultan Nazarbayev, was reported to have died of cardiac arrest in London. Before that, Aysultan made several statements on social media that he was Nazarbayev’s father and that his life was constantly threatened.He also accused his grandfather’s associates of conspiracy.

In June 2020, the founding president’s website stated that Nazarbayev’s COVID-19 test was positive and “No worries. Nursultan Nazarbayev continues to work remotely.” statement was made. On July 3, 2020, Nazarbayev recovered and stood up three weeks after testing positive. Nazarbayev, a devout Muslim, explained that his spirituality is based on the words of Abay Kunanbayoğlu, a Kazakh poet whose philosophy is based on an enlightened Islam. According to Nazarbayev, Abay’s “Words of Wisdom” assisted him in his attempt to build a modern Kazakhstan after the collapse of the Soviet Union.

Police Trying To Contact Suspect In Attack In Ashwaubenon