Home Celebrity Who is the BTS trumpeter who was at PTD On Stage in... 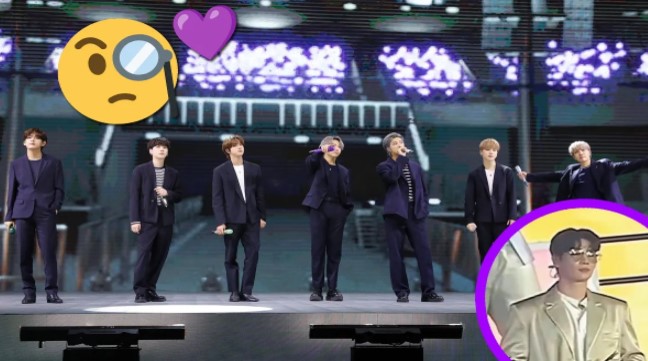 The concerts in South Korea gave fans many unforgettable moments, but it was at these BTS shows that ARMY found a trumpeter who captivated several members of the fandom.

Across three nights, the members of BTS brought their music, dance and energy to the stages of Seoul, sometimes regardless of the cold, rain or any inclement weather because the excitement of ARMY was enough to overcome any adversity.

But the members of the group and the great show they prepared for each of the shows was not the only thing that kept ARMY very attentive, because along with the HYBE idols there were many other people working to make this possible and several of them uploaded On stage with the boys.

Among dancers, musicians and more, the professionals who accompanied the K-Pop band were many, but there was one who particularly stole the attention of the fandom, who is it?

BTS: WHO IS THE TRUMPETIST WHO STOLE THE LOOKS AT THE CONCERTS?

Since the concerts ended, ARMY did not hesitate to show his interest in a boy who was one of the trumpeters during the musical shows, that’s why on several social networks we saw the fandom admitting that he had stolen his attention and they wanted to find out who was.

However, this guy witnessed how the BTS fandom was looking for him with determination and even shared a compilation of fan posts in the middle of the fun investigation of him. LOL!

But who is the trumpeter who accompanied BTS at PTD On Stage in Seoul? He is a professional dancer named Noh Kyung Nam and has worked with different stars from the world of K-Pop.

On his Instagram account @kyungnam_noh he shares glimpses of his dance practices and also the music events he is a part of, so Permission To Dance On Stage pictures couldn’t be missing.

THE BTS TRUMPETIST REACTED TO ALL THE ARMY ATTENTION

It seems that this boy is having a good time watching and reading ARMY who did not stop looking for him on social networks, because he himself had fun sharing screenshots of the publications where the BTS fandom was looking for him.

Did you also want to know who was the trumpeter at the BTS boys’ concert?

On the other hand, we recently told you that the BTS concert in South Korea was the highest grossing event, we told you what some of their achievements were.