Home Celebrity Who is Stan Lee, which Marvel characters did he design? 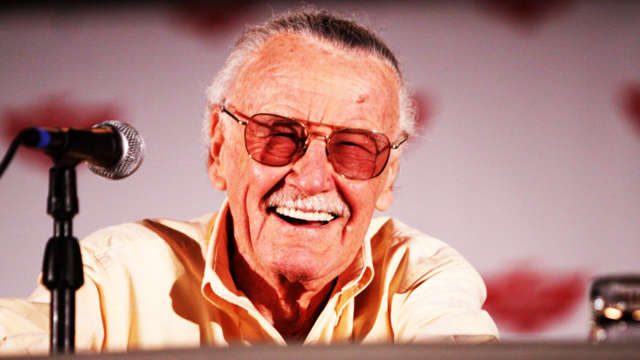 The legend of the comic book world, Stan Lee, who lost his life in the past years, continues to live in our hearts with the characters he created. Who is the unforgettable name of the Marvel world, Stan Lee, why did he die, and what was the fortune he left behind?

If you read a comic book, you already know Stan Lee. If you only watch the Marvel Cinematic Universe movies, you know Stan Lee. Because Stan Lee not only created unforgettable comic book characters during his long career, but also strengthened his place in the hearts of fans by appearing in small scenes in Marvel movies during his retirement.

Who is Stan Lee, why did he die, what was his inheritance, how was his youth? Like all legends, there are many questions about Stan Lee. Stan Lee lived a tough life like any American born in the early 20th century, but he was able to draw great stories from this life. Let’s take a closer look at the life of Stan Lee and the characters he designed, we are grateful for the magnificent universe he left to comic book lovers.

Who is Stan Lee, the legend of Marvel comics?

Stan Lee, whose real name is Stanley Martin Lieber, was born in the United States on December 28, 1922, to an immigrant family. His childhood passed during the Great Depression, which affected the whole world, especially the USA. Along with his whole family, young Stan also worked in many different part-time jobs.

Stan Lee, a successful writer, had his big bang with the Fantastic Four superhero team he created for Marvel Comics. Throughout his career, Lee, who created the superheroes that still have millions of fans today, appeared in short scenes in Marvel movies after his retirement. The legendary name died on November 12, 2018.

We said that Stan Lee’s childhood and early teens passed during the Great Depression. During this period, he had to work with his whole family in many different part-time jobs. In addition to blue-collar jobs, he also worked at the news service where he prepared himself as a writer, writing an obituary, and preparing a press release.

His career in comics began in 1939 with the help of his uncle, when he was an assistant at Timely Comics, a section of Pulp Magazine at that time, which would later become Marvel Comics. Lee, who first corrected only the work done here, took a strong step in the creation process with the Captain America story he wrote in 1942.

We can say that the biggest success in the publishing world was thanks to DC Comics. In the early 1960s, DC Comics had great success with the Justice League of America and disturbed its rival Marvel Comics. The name to save Marvel was Stan Lee with the Fantastic Four superhero team he created in 1961.

The Stan Lee’s signature appeared during this period because comic book production was once despised in society. However, Lee never gave up. After the Fantastic Four’s success, he designed many new heroes and created the Marvel universe as we know it today. He was promoted to the position of editor in 1972 and served as one of Marvel’s fixtures for many years.

He retired from active production life in the 1990s, but he never stood idle. While continuing his free creation, he continued to appear before the audience in short scenes of Marvel films. Until the day he passed away, he had always chosen an active and productive life.

There was a copyright problem between Stan Lee and Marvel for a while, Lee thought he was not getting what he deserved. However, this situation changed and an agreement was reached. It is estimated that Stan Lee made a fortune of more than $ 50 million when he died, but this fortune is scarce considering the characters he created.

Lele Pons showed her funny side in New York

Matrix 4: the (very) sporty training of the young Morpheus unveiled!...