Home Entertainment Who is rumored to be Union Jack, the character in Olivia Colman’s... 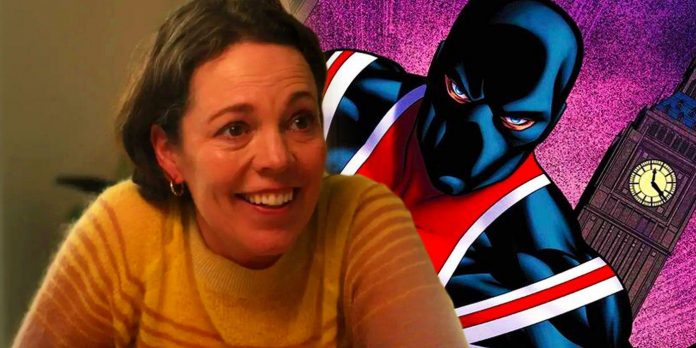 Rumor has it that Olivia Colman’s character in Secret Invasion is a long–time Marvel comics character Union Jack. The upcoming Disney+ series is set to make a splash in the MCU in early 2023, starring Samuel L. Jackson and Ben Mendelsohn reprising their roles as Nick Fury and Talos, respectively, from Captain Marvel. The pair will be joined by a star-studded cast including Kingsley Ben-Adir and Emilia Clarke, but while most of the roles are still a mystery, one rumor suggests Colman may take the mantle of Union Jack in the MCU.

It has been confirmed that Secret Invasion is in development at Marvel Studios in December 2020 based on the 2008-2009 comic book series of the same name. The series will expand on the themes presented during 2019’s Captain Marvel, focusing on Fury and Talos’ relationship, as well as the shape-shifting Skrulls that have “infiltrated every aspect of life on Earth,” taking on a darker tone for the MCU’s Phase 4 leading up to the Avengers. : The Kang Dynasty and the Avengers: Secret Wars. Although not much information has been revealed about the storyline or the characters involved in the “Secret Invasion”, speculation is emerging about which characters may debut in the ever-growing MCU.

Related: Why “Secret Invasion” is the MCU’s Most Exciting Upcoming Show

Rumor has it that Olivia Colman, star of the films “The Favorite” and “The Lost Daughter,” will take on the role of Union Jack in the MCU, appearing for the first time as a new female version of the character in “Secret Invasion.” In Marvel comics, Union Jack is a nickname taken by three different heroes, originally by James Montgomery Folsworth in Invaders #7 of 1976. This character has already appeared in the MCU in the movie “Captain America: The First Avenger” as a member of the Howling Commandos, but since rumors suggest that Olivia Colman’s Secret Invasion character will be called Folsworth, this indicates some connection with the hero of World War II. at the same time, perhaps even taking the mantle herself.

Three men have taken the nickname Union Jack in Marvel comics: James Montgomery Folsworth, his son Brian Folsworth and Joseph Chapman in recent years. For almost half a century on the page, different versions of Union Jack fought Captain America during World War II, fought vampires, and also came face to face with Skrulls, which creates a great opportunity for the character to debut in Secret. Invasion. While this particular series is the best place for Union Jack to debut in the MCU (since the Joseph Chapman version of the character fought the Skrulls during their Secret invasion of Earth in the comics), there is a huge amount of material that could be adapted in future Marvel studios. ‘ projects in which Olivia Colman can find herself a much bigger role in the MCU than first thought.

Olivia Colman’s adaptation of Union Jack could easily continue in the MCU after the “Secret Invasion”. Upcoming projects such as Blade and Captain America: The New World Order will be a great opportunity for Union Jack not only to fight vampires with Eric Brooks (Mahershala Ali), also known as Blade, but also to fight Sam Wilson (Anthony Mackie), also known as Captain America, reflecting the character of the character. the comic counterpart is excellent. Whether these rumors will turn out to be true remains to be seen, as very little information about the upcoming Disney+ series has been confirmed. However, MCU viewers can rest assured that Olivia Colman will bring her signature charm to any character she plays in Secret Invasion.

What time is the 3rd season of “Umbrella Academy” coming out...

Lucifer: Tom Ellis Would Accept to Participate in Marvel and DC...