Home Entertainment Who Is Michael Myers? This Is The Real Story Of The Halloween... 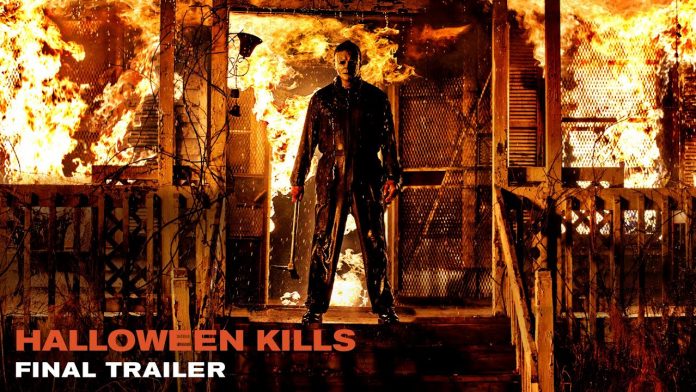 When Michael Myers began to leave a trail of blood on the ground, the police believed they could stop him. Decades later, the murderer continues to kill him and will continue to do so in Halloween Kills, the new film in the series. This character is together with Jason Voorhees or Freddy Krueger one of the most recognized killers of cinema. But who is hiding behind Myers’ mask? Why has he become the murderer that he is?

The gossips say that Michael Myers is based on the figure of a real murderer, a man named Stanley Stiers who apparently perpetrated the bloody deaths of him in Iowa, United States. However, as Esquire points out in an article, there is not even proof that this alleged killer existed. John Carpenter, director of the original film, has not referred to him at any time.

What is the history of Michael Myers?

In the context of the story, the Halloween antagonist killed his sister Judith Myers and was confined to a mental hospital for the next 15 years of his life. There would have been no movie if he hadn’t escaped from his prison, so after all those years locked up, Myers returns to do what he does best: murder. It coincides with a festive moment, that of the Halloween party. There he meets a very young Laurie Strode, a character played in the film by a very young Jamie Lee Curtis.

Hidden under a sinister mask, Michael Myers is dedicated to murdering teenagers, as in any good slasher worth its salt. Yet in Laurie he will find a formidable adversary, who has survived throughout the decades. Following the continuation of 2018, Halloween Kills follows the events narrated in that movie. They think that Myers has perished burned, but in reality he frees himself at the last moment and returns to resume his murderous activity. After recovering from her injuries, Laurie gathers a group with the intention of ending her nemesis once and for all.

Halloween Kills will be released on October 15 in theaters around the world.

BTS and Coldplay Celebrate Their #1 on Billboard Hot 100 With...