Home Entertainment Who Is Mephisto In Marvel? This Is The Iconic Demonic Character 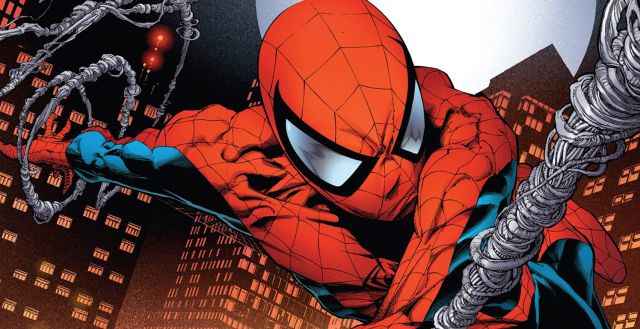 Mephisto has become a great resource for fans to try to explain some of the theories of the MCU; but who is this demon really? Mephisto or Mephisto is one of the most iconic Marvel Comics villains who has been tormenting more than a few comic book characters in the Marvel universe for decades. And it is that since its creation in 1968 as part of The Silver Surfer # 3 by Stan Lee and John Buscema, the demonic character based on Mephistopheles from the legend of Faust has been key in some events of the House of Ideas. Although the character became especially popular for marking the life of Peter Parker / Spider-Man in the comic series One More Day of the late 2000s, when the famous Mephistazo occurred. But who exactly is Mephisto?

The origins of Mephisto

Mephisto came to the pages of Marvel at the end of the 60s as the new villain of Silver Surfer, although he would soon go on to face other famous characters such as Thor, The Fantastic 4, Scarlet Witch and Vision or Daredevil, in addition to being responsible for the transformation by Johnny Blaze in the fearsome Ghost Rider. Although beyond fighting against several teams of Marvel superheroes, it was not until the late 2000s that Mephisto acquired an already iconic status by forever marking the life of Peter Parker and the famous (although for many reviled) Mephistazo.

Thus, in the comic series One More Day, Mephisto reaches an agreement with Peter Parker and MJ to erase their marriage with a stroke of the pen and even for Mary Jane to forget Peter’s identity, all in exchange for saving her aunt’s life. May. Although Mephisto has also appeared in other Marvel media such as animated series, various video games and even movies such as Nicolas Cage’s Ghost Rider.

How can he fit into the MCU?

Since the premiere of the Scarlet Witch and Vision series, Mephisto has been present in a multitude of fan theories that tried to explain certain events of the darkest side of the UCM and that now begin to emerge through different projects. And it is that the arrival of the multiverse with Doctor Strange, Scarlet Witch and their flirtation with the dark magical arts and the appearance of characters of darker tones such as Blade, Moon Knight, Sony’s Morbius (which seems directly connected to the UCM) or the most that probable reboot of Ghost Rider, could lead to an eventual arrival of Mephisto to the Marvel Cinematic Universe.

The cast of season 6 of “Black Mirror” includes Marvel &...