Home Celebrity Who is Lisa? How old is Lisa, a member of the k-pop... 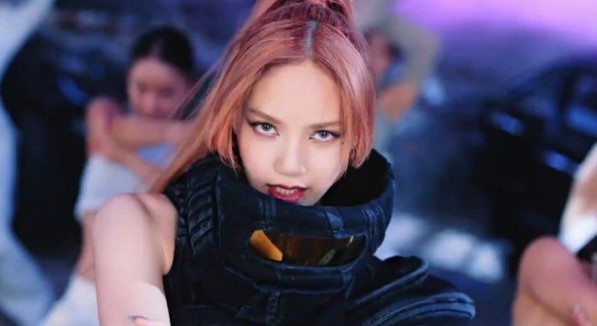 WHO IS LISA? HOW OLD IS LISA?

Lalisa Manobal, better known by her stage name Lisa, was born on March 27, 1997 in Thailand. Thai rapper, singer and dancer became the main dancer, leading rapper, sub-vocalist and the youngest member of the South Korean female group BLACKPINK, created by YG Entertainment in 2016.

Lisa made her solo debut in September 2021 with her single Lalisa. The album sold over 736,000 copies within a week of its release in South Korea, making her the first artist to do so. The music video for the self-titled debut single was viewed 73.6 million times on YouTube within the first 24 hours of its release, making it the most viewed music video by a solo artist in the first 24 hours on the platform.

Lalisa Manobal was born as Pranpriya Manobal on March 27, 1997 in Buriram, Thailand. Her name was changed to Lalisa when she was a child. His mother is Ty, and his stepfather is a world—famous Swiss chef named Marco Bruschweiler. When he was 3 years old, his father passed away and he moved to Bangkok.

He studied at Praphamontree II School in Thailand. During these years, her interest in singing and dancing increased thanks to K-pop groups such as BigBang and 2NE1. His mother noticed his passion and sent him to a dance class when he was 4 years old. She started singing in high school. She took part in a song contest held in Thailand and took second place in the contest. In addition, she participated in many dance and song competitions and received awards, as well as appeared on magazine covers for her success. Then she joined the dance team We Zaa Cool. In this team, they met and became friends with BamBam from the GOT7 group. He has also been friends since childhood with CLC member Sorn and (G)I-DLE member Minnie.

Lisa is the only person selected out of 4,000 people at the YG audition in Thailand in 2010. Trained for 5 years and 6 months. He debuted in 2016 as the main dancer, lead rapper and sub-vocalist of BLACKPINK. He is the first foreign trainee and idol to appear in YG Entertainment.

She is the face of the brands Nonagon, Penshoppe, Moonshot. In January 2019, she was chosen as the muse of the luxury fashion brand Céline. In March 2019, he signed a contract with AIS Thailand, becoming an AIS representative. He was chosen to promote the Samsung Galaxy S10 in Thailand in May of the same year. In early 2020, she attended a Prada event at Milan Fashion Week. She took part as a dance mentor in the 2nd and 3rd seasons of the survival program “Youth with You”, which was broadcast on the iQiyi channel from March to May. In July, he became the Bvlgari Ambassador to Korea, and in December, the Bvlgari Global Ambassador. In China, Zhenguli was appointed as a representative of the Downy brand, Brawl Stars and the Vivo phone brand. Lisa was announced as a global brand ambassador for Céline in September and Mac Cosmetics in October. He made his solo debut with the songs LALISA and MONEY on September 10, 2021.