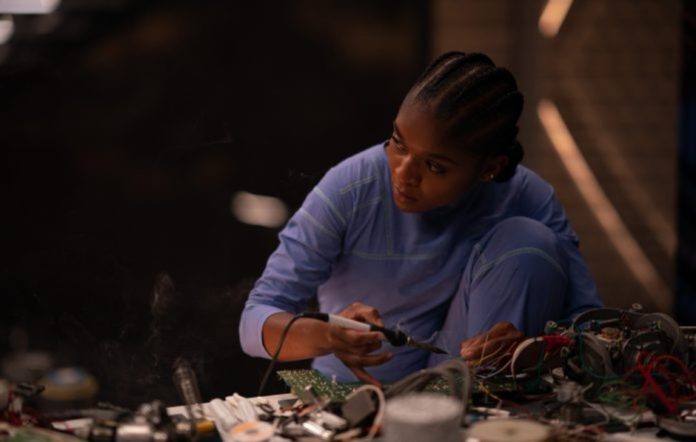 And how does it fit into the future of the MCU?

One of the most prominent new characters in Black Panther: Wakanda Forever is Riri Williams, also known as Ironheart.

She is played by Judas and the Black Messiah Dominic Thorne. She is a brilliant student at the Massachusetts Institute of Technology who invented the vibranium detector, which makes her extremely interesting for the US intelligence services, as well as for Namor, the tough leader of the Talokans, whose very existence is threatened by Um Riri. Even more intriguingly, repeating her arc in the comics, she created her own armored suit in the style of Iron Man.

Created in 2016 by writer Brian Michael Bendis and artist Mike Deodato, Riri is portrayed in the comics as a genius teenager living with his family in Chicago. After winning a scholarship to the Massachusetts Institute of Technology, she reconstructs an old Iron Man armor. While Tony Stark is alive— unlike the MCU, after the events of Avengers: Infinity War— she even fights alongside the original Iron Man, even creating an AI similar to Stark. for her costume, before eventually adopting the name “Iron Heart”.

More recently, comics have seen her paired with Shuri, which is perhaps the path that the filmmakers have paved for her in the future. Fans won’t have to wait long for Thorne to reappear as Riri. Next fall, Ironheart will launch on Disney+. Filming of a limited series in Atlanta is coming to an end, produced by the director of “Black Panther” Ryan Coogler. Starring with Williams will be Anthony Ramos from The Heights, and there are rumors that he plays the villainous Hood character. The Solo: Star Wars actor will also join the show. Stories” by Alden Ehrenreich.

There’s no indication yet that Robert Downey Jr. will reappear if the show follows Stark’s AI idea. Nevertheless, the possibilities seem limitless for Ironheart, who can still team up with Ms. Marvel and others for a small series “Champions” — stories about a group of teenage superheroes who first appeared in comics in 2016.