Home Celebrity Who Is Dixie D’Amelio? Everything You Need to Know About the Tik... 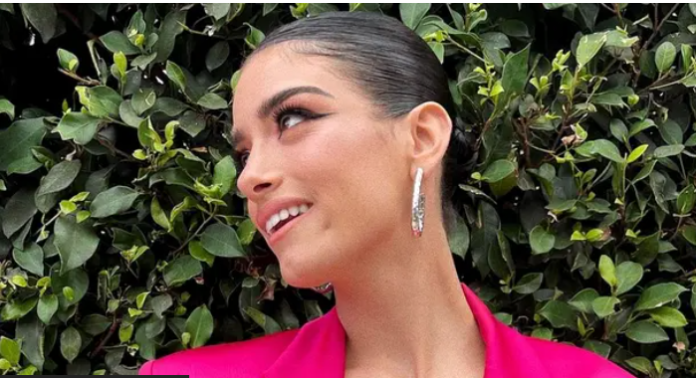 Dixie D’Amelio is without a doubt one of TikTok’s biggest stars, who has transformed from an ordinary teenager into a social media celebrity in a year. Here’s everything you need to know about her.

Dixie first started downloading TikTok in 2019, after her sister Charlie D’Amelio had already gained popularity, and since then the siblings have conquered the entire app, becoming recognizable faces all over the world.

And since Dixie is making huge strides in her music career, along with working on social networks, it looks like there will be a lot more interesting things from the star in the future.

How old is Dixie D’Amelio?

Dixie is 20 years old, she was born on August 12, 2001 in Norwalk, Connecticut. Her parents are Heidi and Mark D’Amelio, and her sister, of course, is Charlie D’Amelio.

What is Dixie D’Amelio’s net worth?

As with any star, it’s almost impossible to predict exactly how much someone is worth. However, according to websites such as Celebrity Net Worth, Dixie’s fortune is estimated at about $3 million.

She was also named by Forbes as the second highest-paid TikToker in early 2022, reportedly earning $10 million in 2021. The star was on the list right after her sister Charlie, who, according to Forbes estimates, earned $ 17.5 million. Dixie is currently dating TikTok star Noah Beck. Before Nov, she dated Griffin Johnson, but they broke up back in 2020 amid rumors that Johnson was cheating on her.

Noah and Dixie announced they were dating each other in October 2020, and since then they have continued to share their relationship on social media with countless funny videos and cute photos on Instagram.

However, the couple had to defend themselves against accusations that they were “faking” their relationship for the sake of views, and also confused some fans by joking that they had broken up.

Dixie D’Amelio released her first song “Be Happy” in July 2020, and the song received a huge response: the music video has gained more than 100 million views on YouTube.

Since then, the star has released hits such as “F***boy” and “One Whole Day”, and has collaborated with famous artists such as Wiz Khalifa and Liam Payne.

In August, she released her single “Psycho”, and in October, her latest hit “The Real Thing”.

Did Dixie D’Amelio perform at the Grammys?

No, Dixie didn’t perform at the Grammys. In December 2020, a false rumor spread on Twitter that Dixie would perform at the ceremony with rapper 6ix9ine.

She received an unexpected torrent of hate because of the rumors, and some sincerely believed that it was true. Closer to that time, she reacted to the negative reaction again, writing in an Instagram story: “Why do they hate me for HEARING” and joking that she “can’t wait for the Grammys.

Of course, the Grammys of 2021 were no longer there, and Dixie did not perform.

Does Dixie D’Amelio have a clothing line?

Dixie and her sister Charlie teamed up with Hollister to create their own clothing line called Social Tourist. The first line was released on May 20, and since then they have released several new volumes of the popular collection.

Dixie D’Amelio in a reality show?

The D’Amelio family starred in their own reality show appropriately titled “The D’Amelio Show” on Hulu. The first episode was released in early September, and it allowed fans and curious viewers to understand more deeply what their life is like. Both Charlie and Dixie spoke very frankly about their mental health in the series.

Dixie is gaining more and more subscribers every day, not only on TikTok, but also on all her other social media platforms, and it looks like her popularity will only grow.