Home Entertainment Who is Blade’s villain? Explanation of each MCU Character Theory 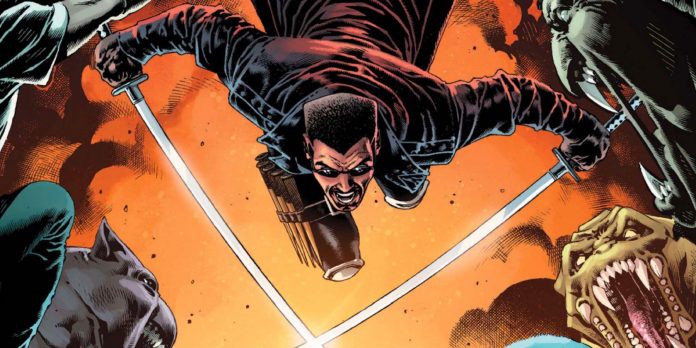 Since so little is known about the reboot of “Blade” in the Marvel cinematic universe, the options for the villain of the film are wide open. Filming is due to begin in July 2022, the details of the relaunch of Mahershala Ali’s “Blade” have not yet been disclosed. Until Marvel Studios is ready to discuss the film more openly, fans will have to rely on the comic book character’s story as well as the direction of the MCU to stimulate speculation.

In Marvel comics, Blade—birth name Eric Brooks—has his share of enemies besides his personal mission to hunt and kill vampires. As a member of various hero teams, he confronts many Marvel villains, some of whom are more famous than others. For example, Blade faces Malekith the Damned, Honsou and the Phoenix Force along with the Avengers. While working for the British intelligence agency MI:13 Blade is also fighting supernatural enemies from the UK after the “Secret Invasion” event. Of course, he also fights Dracula regularly.

What makes Blade interesting is his immersion in the supernatural. Having received most of its villains from other planets or dimensions, the MCU spent Phase 4 delving into this side of comic book lore. The reboot of Blade means that the studio is ready to devote itself entirely to vampires, demons and other paranormal enemies near home. With that in mind, there are a few big names who may appear as the main antagonists of the film.

Truly, there is no Blade without Deacon Frost. As the vampire who turned Blade’s mother, Frost plays a key role in the character’s origin story. It would be understandable if the MCU chose Frost as the villain. However, this may be a risky choice because Deacon Frost was the villain in the first film of Wesley Snipes’ Blade trilogy. This movie is still so popular with viewers that they will probably be a little biased when considering the MCU. If Frost is chosen to relaunch Ali’s Blade, the film needs to be very deliberate in its choice of actors and approach to the story.

A more attractive first villain would be Lucas Cross, Blade’s father. In the comics, Cross, falsely imprisoned, becomes a vampire to survive cancer. In the end, he is looking for his son, but his intentions are far from sentimental. He wants to force Blade to fulfill a prophecy that will bring back the lost souls of vampires. Considering that Cross hasn’t appeared in the Blade movie before, he would be an interesting choice for an MCU reboot. Instead of the familiar story of Blade’s mother, it would be a way to explore the darker history of the hero.

Megademon Mephisto would be a fun first villain for Blade. This character is more often an enemy of Doctor Strange, but he has a history with Blade. In the Heroes Reborn storyline, Blade gathers a version of the Avengers to defeat Mephisto and the Supreme Squadron. It would be strange to start with an ensemble film, but fans have been demanding Mephisto since the days of “Vandavision”. Blade can be an unexpectedly interesting way to finally get a Master of Malice in the MCU.

There can be no better villain for Blade than the very first vampire in the Marvel universe. Varney is a powerful sorcerer whose colleagues on Atlantis—before she sank—used the Darkhold to turn him into a vampire. Blade confronts him head-on during the “Night Hunters” arc, where Varney threatens to resurrect Dracula.

Of all the villains, Blade Varna is probably the easiest to introduce into the MCU, because there is already a substantial setup for him. This sorcerer was actually the first to possess the Book of Vishanti — a book about white magic, which was a key element of the plot of Doctor Strange in the multiverse of Madness. The Darkhold may have been destroyed in the movie, but that doesn’t mean its effects have been erased from the MCU. In addition, if Namor appears in Black Panther: Wakanda Forever, then Atlantis will become canon and once again prove that Varnai is the villain of Blade.

The mother of the demons, Lilith is actually the first enemy Blade faces along with the Night Hunters. She tries to trick Blade’s team into killing the Ghost Rider, but they eventually team up to defeat her. She is also associated with the next group that Blade joins, The Sons of Midnight, which includes Morbius, a Living Vampire, and Doctor Strange. This group of heroes hopes to defeat Lilith and her demonic spawn Lilin.

Although, again, it may be strange to imagine Blade with a team of heroes, Lilith is an intriguing option for a villain. In addition to being a powerful supernatural opponent, she will be the third woman to play the main villain. The MCU featured female antagonists such as Proxima Midnight in Avengers: Infinity War, Agatha Harkness in Vandavision, and Echo in Hawkeye. However, the only female characters who play real villains are Hela in Thor: Ragnarok and the Scarlet Witch in Doctor Strange 2.