Home Entertainment Who is Abigail Hargreaves (how did she die at Umbrella Academy)? 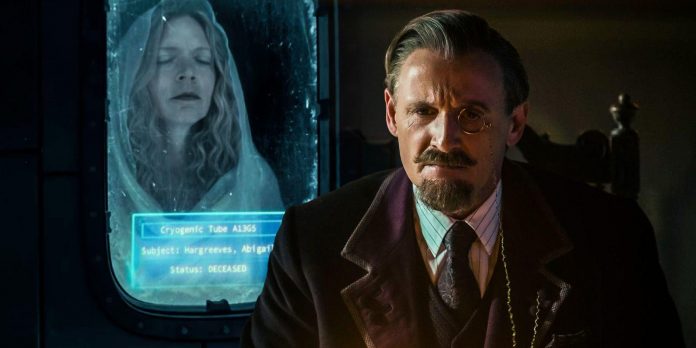 Warning: This post contains spoilers for the third season of The Umbrella Academy.

Abigail Hargreaves is familiar with Umbrella Academy, but she remains a mystery, even though Season 3 resurrects her from the dead. In the finale of the third season, Reginald was close to realizing what seemed to be his lifelong dream— to use the Umbrella Academy as a key and power source to power the machine that would reboot the universe. Although he was killed by Allison at the last minute to save her siblings, the damage had already been done, and in the final moments it was revealed that the long-dead Abigail had returned.

The third season of Umbrella Academy revealed that Luther’s years on the Moon, which he eventually concluded was a dead-end mission for Reginald, were important. In the memories of Luther’s stay on the moon, he encounters a force field that does not allow him to continue his investigation. On the other side of the force field was Abigail Hargreaves, frozen in a cell, and Luther was unknowingly assigned to protect her. With Abigail’s return to the series, Reginald Hargreave’s actions are starting to make a lot more sense. The reason he accepted Umbrella Academy, why he taught them how to use their powers properly, and the final plan to restore the universe and bring Abigail back with her. But who is Abigail and how did she die?

Although Abigail Hargreaves may seem like a new character in the third season of Umbrella Academy, she was actually introduced back in the first season finale. Her opening scene was, like herself, rather mysterious, but it seemed obvious that she and Reginald were married and cared deeply for each other. However, Abigail was on her deathbed, having given her violin to Reginald with the promise that he would give it to someone else (it was eventually given to Victor Hargreaves). Given the nature of Abigail and Reginald’s relationship and the fact that she died during possibly the end of their world, Abigail was probably an alien too.

The cause of Abigail’s death is unclear, but she passed away a few years before Reginald Hargreaves arrived on Earth in the early 20th century, probably after their own planet was completely destroyed. Then Abigail got the impression that Reginald was a key figure in the universe and that she needed him for something more. Perhaps Abigail was referring to the rebooting of the world all those years ago. Now that Abigail is back, perhaps her presence makes a big difference to how Reginald behaves. He was not a very good father, so focused on his mission and teaching Umbrella Academy (and Sparrow Academy in season three) that he neglected them as people.

In the fourth season of Umbrella Academy, he may be more sincere in his treatment of them, especially because they are likely to look to him for answers. Conversely, perhaps Abigail is as single-minded and cruel as her husband. It could have gone either way, as viewers know very little about her and her intentions. Be that as it may, in the third season of Umbrella Academy, Abigail will be a key figure in the fourth season, which will hopefully provide more answers about her story and Reginald’s story.

Dragon Ball Super: the consequences of the new form of Frieze

Free Fire Advanced Server; What It Is, How To Access It...