Home Entertainment “Who Expects A Zelda Will Be Surprised By The Differences; Tunic Hides... 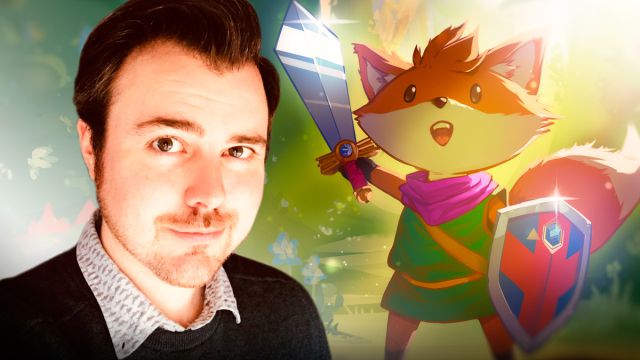 Zelda: We interviewed Andrew Shouldice, creator of Tunic now that the game, by the hand of Finji, is officially released after a long development. Tunic is one of those independent games that lands on its feet. Its nice and attractive artistic design and the references that evoked sagas like The Legend of Zelda made it one of the names to follow. But the development has been lengthening (we played it at E3 in 2017 and it will be released on March 16, 2022), not because of problems, but because behind him is Andrew Shouldice, a single creator with an idea that has gone step by step. step, slowly but surely. He is now preparing to come to light and this is what a developer who has worked almost intimately with his first work feels. It won’t be the last, for sure.

How do you feel after releasing the game after so many years of development?

I’m not entirely sure. In these final days polishing as much as possible, I don’t know if he’s prepared enough to go out. I guess I’m excited and terrified, expected. The biggest feeling is the satisfaction that things have finally worked out. During development there are all kinds of unfinished features, lost assets… Seeing it all together is comforting.

I played Tunic in 2017, at E3. I loved it, but then it disappeared from the map. How is this development time managed from when the game is known until it is published?

The truth is that development has always continued steadily, it never stopped. There are simply things that take time to turn out well. I found that keeping track of the time I spent in the game was important, so I recorded all the time I was working, which was really useful. So being able to look at what I worked on last week, last month, or last year puts things into perspective.

And what does this count tell you?

That such a development takes time.

The first The Legend of Zelda is an inspiration; I also admire the challenge of combat in Souls

How do you manage such a long development without a big studio behind it? What role did Finji and Xbox play?

The project was born as something self-financed, and that means that I saved money to endure while I worked on it, and then we found external investment. Collaboration with Finji and Xbox meant that Tunic had the necessary support to make it to the finish line. Well, and one advantage of being such a small team is that the costs were negligible compared to other big studios!

Kim Kardashian shares photos in the bath, baring her face without...