Home Entertainment Who are you from Christian Bale’s characters according to your zodiac sign? 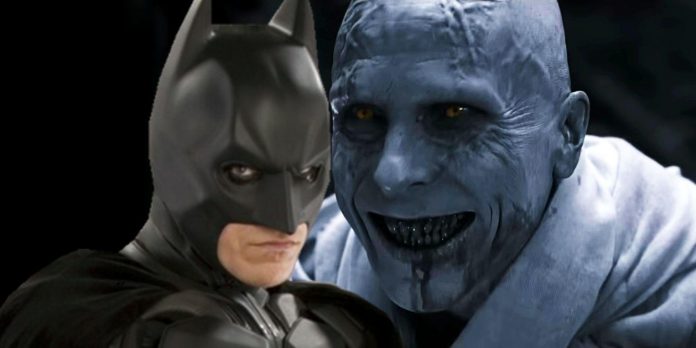 Christian Bale, one of the most consistent Hollywood stars since the early 2000s, has recently become a topic of discussion once again thanks to his role as Gorr the God Butcher in Thor: Love and Thunder. Opinions about the film from audiences and critics alike are mixed, but Bale’s performance has been widely praised.

Though Gorr is sadistic and often unreasonable, many people can relate to the personal loss he suffers. Many of Bale’s other characters are equally relatable, especially when their mannerisms are examined using the 12 zodiac signs. So which among the actor’s characters best resembles you?

Those who align with the Aries constellation are known for their courage. They happen to be very passionate and competitive individuals too. As for their flaws, they can be reckless and impulsive, traits that fit Bruce Wayne.

Most of the greatest Batman villains are merciless and by dedicating his life to fighting them, Bruce demonstrates his bravery. And as a billionaire, he has a very comfortable life but his love for his city makes him go out every night to make sure everyone is safe. Bruce has also made impulsive decisions such as disappearing for years in order to train with the League of Shadows and opting to retire after defeating the Joker.

Tauruses are practical, dedicated, and hardworking. On a negative note, they can be naive and stubborn. On occasion, they sink too deep into their indulgences too, just like one of the best antiheroes in 2000s movies, Patrick Bateman.

On the surface, Bateman is a sedulous investment banker whose effort has seen him rise up the corporate ladder. But he has a darker side to him. He is (maybe) a serial killer and sex addict. Interestingly, Bateman sees himself as a man with no misdemeanors. His naivety becomes clear when he leaves a confession, hoping to become a famous serial killer, but unfortunately for him, that never happens.

Above everything else, Geminis are very adaptable. They are innovative and funny too. Contrariwise, they can be judgmental, inconsistent, and two-faced. The majority of these traits can be linked to Moses in “Exodus: Gods and Kings.”

Moses grows up as a member of the Egyptian royal family but it doesn’t take long for him to adapt to his new life when he realizes he is of Hebrew origin and must help liberate his people. Afterward, he comes up with innovative ways to get the Hebrews out of tough situations, most notably parting the Red Sea using a rod. Still, there are a couple of times when Moses questions his own identity and judges God. A notable example of that is his reaction when God announces the deaths of all first-born children.

The maternal nature of Cancers stems from the fact that they are extremely caring and protective, but they can be vindictive and grumpy too. These characteristics best describe Dicky.

Dicky not only trains his younger brother. Micky, but also goes to extreme lengths to ensure he has a successful boxing career. Furthermore, he does all kinds of illegal things to make sure there is enough money for Micky to have all the resources he needs. His grumpiness emerges when Micky is ordered to keep away from him because of his drug habit.

Leos are not only confident but also have a positive outlook on life. Such are the traits of the human resistance leader, John Connor. During their low moments, Leos can be self-centered as well.

Staging an insurgency against a system of government led by machines takes a lot of guts and that is what John does. Never at any given moment does he doubt that the revolution will be a success. Still, there are moments when he orders the deaths of those who don’t deserve it, just because it’s convenient to him.

Virgos tend to be very hard working. Sadly, they also tend to lean into long work hours, so they may rarely get to have fun. In this way, FBI agent Melvin Purvis is the definitive Virgo in “Public Enemies.”

Purvis is given the task of leading the manhunt against the robber, John Dillinger, and he never stops until he puts him to the ground. Before achieving his task, the FBI agent rarely takes a break, working day and night to determine Dillinger’s next move. And he shows just how much he hates leisure by moving in on Dillinger right outside a movie theater.

Libras often radiate curiosity like con artist Rosenfeld. They are charming and social too, hence they tend to make great team players. On their bad days, they may be overly emotional and intolerant.

Rosenfeld’s charming nature is the major reason he is able to convince different individuals to part with their hard-earned cash or possessions. He gets better at con artistry the more he becomes curious about it. And his skills improve even further when he is paired with Sydney. However, he almost ruins everything when he becomes remorseful and admits to some of the scams.

Scorpios are known as determined and proactive individuals. Contrarily, they may show frantic, obsessive, blunt and jealous traits. One of the best Thor villains, Gorr, is such a person.

While struggling with his daughter, Love, in a barren desert, Gorr does his best to make sure she stays alive, including appealing to the god, Rapu. When she dies, he becomes obsessed with killing all gods. There is nothing he doesn’t do to achieve this mission, including, kidnapping little children.

Sagittarians are chatty, smart and energetic, just like one of the best drivers in movies, Ken Miles. Sadly, they sometimes can’t help but be temperamental and conceited.

Whether it’s fixing cars or speeding on a race track, Miles does so with much zeal. Moreover, he often has plenty to say to his wife, friends, associates, and rivals. But Mile’s temper causes him to fall out with executives, almost denying him the chance to race again. As for his pride, he strongly believes there is no driver or mechanic better than him.

Capricorns thrive best when they are in positions of leadership. Consequently, they always make effective managers and leaders, just like Vice President Dick Cheney in “Cheney.” On the other hand, they can be condescending at times.

In the movie, Cheney doesn’t just showcase his leadership skills as Vice President of the United States. He also does so as the Secretary of Defence, the White House Chief of Staff, and the CEO of Halliburton. However, he adopts harsh stances on matters concerning war and his own family, making him appear villain-like at times.

Aquarius is sometimes referred to as the smartest zodiac sign because its members are very analytical. Aquarians are progressive too, but they also tend to be very pessimistic at times. As for Bale’s character,s Burry is the quintessential Aquarian.

Burry’s analytical skills become evident quite early when he becomes the first hedge fund manager to discover that the US Housing Market is unstable. It’s because of his pessimism that he convinces himself that the market will definitely collapse. He and others, therefore, try to take advantage of the situation.

Pisces are artistic, gracious and sincere, but some of the members of this particular star sign are also known at times to be weak-willed, tragic, and characterized by low self-esteem. These traits can be found in Alfred Borden.

As a magician, Alfred is the most artistic out of all Christian Bale characters. On a regular basis, he comes up with unique ways to trick both audiences and third parties. He is very loving towards his family too. Alfred also suffers a number of misfortunes throughout the movie, including losing two fingers and watching the wife of his first employer die.

Scream 6 Is Underway: Ghostface Will Continue To Kill After The...

Tinsley Mortimer no longer appears in the third season of “Ultimate...