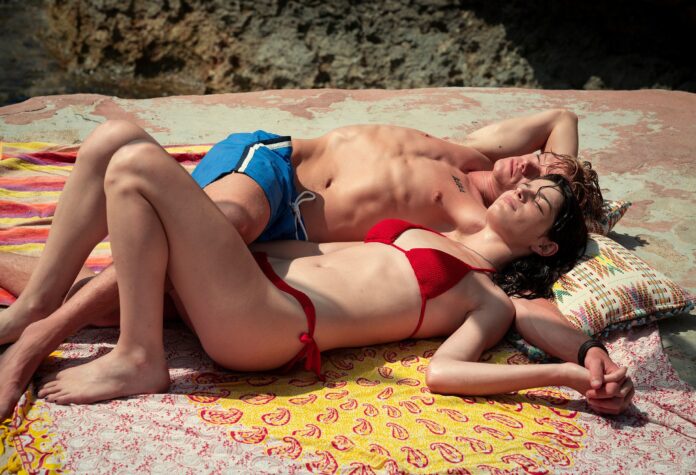 On May 15, ‘White Lines’ arrived on Netflix, a series that sold itself because Álex Pina, creator of the very popular casa La casa de papel ’, was behind it. However, the promotional campaign was much smaller than one might expect in such a case, something that invited one to think that it was not going to be worth it. However, I had the chance to see its first three episodes before the premiere and I enjoyed that cocktail of lies, drugs and sex.

Now I have been able to see the entire first season of ‘White Lines’ and my opinion is much less enthusiastic, since the series ends up leaving out its most playful facet to enhance the intensity and mystery behind Axel’s death. Luckily, that is something that is resolved in these ten episodes, but along the way it is lost in its excesses.

A half gas mystery
The axis of the series is in discovering who murdered Axel, a popular DJ, 20 years ago, but at the start of ‘White Lines’ there were certain flirtations with humor that are drastically cut in the fourth episode, the most heavy series. From there there are some small loose notes such as the conversation that paella does not add chorizo, but in general a clear commitment is made to dramatic intensity, complicating relations between the characters more and more.

That is where ‘White Lines’ begins to suffer because it strips the characters of what they hooked us from the beginning so that each pass to occupy a clearer position in the story. Some disappear almost completely – I think of the curious priest played by Ginés García Millán – and others simply end up being monotonous. That applies to its protagonist, played with conviction by Laura Haddock.

It is not so much that his character falls well or badly as the fact that he is too gray, very attached to that suffering that he does not finish leaving behind without providing something that really captures the viewer. This is something that ends up spreading to the mystery surrounding Axel’s death, where more than ever our interest is reduced to the plot, because the way of exposing it is quite discreet, giving information dropper to accumulate everything in its last episodes.

In that final stretch, something increases interest, since in turn it seeks to give a more humane approach to the protagonist’s suffering, but also to those around her. The funny thing is that the scandalous continues to be used, but what in the first episodes added spice and left curious to see its evolution, here is an isolated fact that breaks the routine into which the series has fallen. A small spark in the dark that never ignites a flame.

Lights and shadows
Within this panorama there is a character who manages to overcome the limited focus that the series ends up adopting: Boxer. The performance of Nuno Lopes had already caught my attention at the beginning of this season, but then he does a more consistent job, knowing how to play with the most fearsome side of a ruthless hitman who, little by little, discovers that he’s tired of his role in life and that he can even dream of love.

This is not something that we owe so much to the script of Pina, who has written all the episodes, as to the performance of Lopes, without a doubt the best of ‘White Lines’ so far. The rest of the characters are diluted, including that peculiar mother of Juan Diego Botto played by Belén López or a Pedro Casablanc who is grateful to see in a non-villain role, but little by little he is losing presence.

In the end it all comes down to the fact that when ‘White Lines’ puts all the cards on the table we discover that he was bluffing, and that initial frenzy jumping from one genre to another disappears and we opt for a clear and determined path. The problem is that in this way all its weaknesses come to light, reducing its virtues to the minimum expression – sometimes there is hardly anything to scratch beyond the visual aesthetic.

In short
‘White Lines’ goes from more to less in a very remarkable way, going back slightly in its outcome. It is a pity that you pass so soon from wanting to see another episode to feel it as a process that you have to complete to get to the end. It was clear that it was not going to be a new nueva The Paper House ’, but this new Netflix series has trouble expressing its personality when it becomes clear what it really wants to be.