Home Entertainment While we wait, Infinite: Fall Guys is coming to Xbox with an... 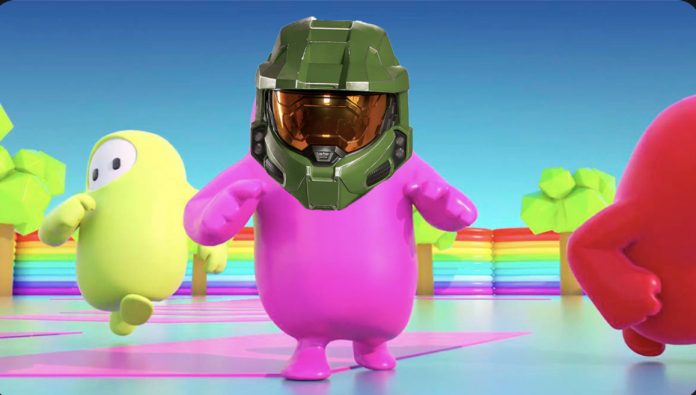 Another of the kings of 2020
One of the most popular games of the past year was Fall Guys: Ultimate Knockout. Here, up to 60 players compete in a series of fun challenges. Their objectives range from successfully overcoming a large obstacle course, to avoiding falling into the void while jumping between vanishing platforms.

At the moment, Fall Guys is only available for PS4 and PC, but due to its popularity, versions for Xbox and Nintendo Switch consoles are already in the works. There is still no departure date for the arrival of these, but a new leak suggests that Xbox users will have a special guest.

The Master Chief could come to Fall Guys

According to the leaker, FgPancake, who is dedicated to sharing leaks of Fall Guys, the Master Chief could have an appearance in the popular title. The protagonist of the beloved Halo saga could arrive in the form of a skin for the ‘beans’ when the title launches on Xbox consoles.

According to the leaker, it’s not just the Master Chief who will be coming to Fall Guys as a skin. Based on his information, players will also be able to get grunt and chieftain appearances which will surely be inspired by brutes. Both are well-known alien races to Halo fans.

Halo will be coming to Fall Guys!

This will probably be with the Xbox release.

The leaker did not share a date when they will be available, but did mention that they will surely be released when Fall Guys hits Xbox. If this is true, the Master Chief would join Ratchet and Clank as pets that have his skins. Will we see a Mario or another Nintendo character when the game launches on Switch?

Neither the Switch nor the Xbox version of Fall Guys has a release date, although the developers indicated that it would arrive in the fall of 2021. Perhaps when we least realize it we will already be playing this fun title on our consoles. Would you like the rumors of the skins to be true?

What If..?: Voice of Chadwick Boseman Will Appear in New Marvel...

Interview with a vampire: Claudia’s age is confirmed