Home Entertainment While Tristan Thompson, Khloe Kardashian are preparing for the birth of their... 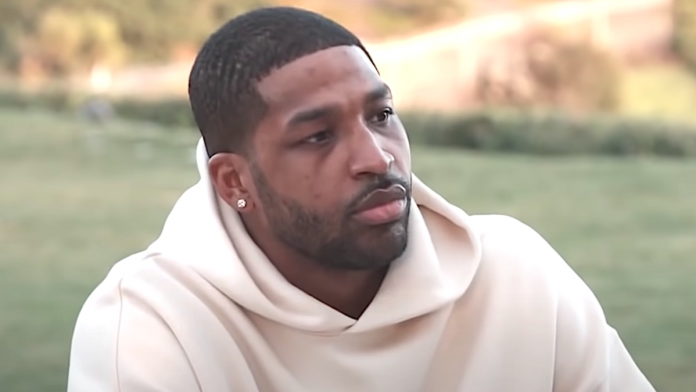 Khloe Kardashian and Tristan Thompson may be expecting a second happiness any day now, but the NBA player is definitely not waiting for a phone call at home. Thompson has been vacationing on the Greek island of Mykonos since news broke that he and his ex-girlfriend, a reality TV star, had sought the help of a surrogate mother to give birth to another child, and amid reports that the birth of a child was “imminent,” Thompson was pictured. holding hands with another woman.

Tristan Thompson was spotted walking hand in hand with a mysterious woman, TMZ reports, around 5 a.m. on Sunday after a party at the Bonbonniere Club. The two were reportedly walking the streets of Mykonos, leading the website to speculate that they might have met at a nightclub. The Chicago Bull was also spotted at Bonbonniere on Friday night when he was apparently smoking a hookah and was surrounded by several women.

Khloe Kardashian has not commented publicly on her ex’s flight to Greece, which is the norm as she has largely remained silent when it comes to anything related to the father of her 4-year-old daughter, Tru. And, most likely, she would still have nothing to say.

A representative of the Good American co—founder confirmed that Khloe Kardashian and her ex-boyfriend conceived a child from a surrogate mother in November – just a few weeks before it became known that Tristan Thompson fathered a child with Marali Nichols when he and Kardashian were still together. The dramatic consequences of their subsequent breakup were recorded in the finale of the first season of The Kardashians, but the series did not mention that they are expecting another child.

The time of the disclosure of the scandal about the paternity of Tristan Thompson — so soon after the conception of their second child — it seems that history repeats itself in the most cruel way. Back in 2018, he was caught cheating with several women just days before the reality TV star gave birth to the True Thompson. The couple stayed together at the time, but eventually broke up after he cheated again, this time with Kylie Jenner’s then-best friend Jordyn Woods. However, it was revealed on The Kardashians that the couple have reconciled again, and Thompson is determined to regain Khloe’s trust and get married.

We’ll need to see if Tristan Thompson will rush back to the States when the time comes for the birth of his new baby. Marali Nichols, who gave birth to her third child to an NBA player in December 2021, said in February that she had not made any attempts to meet baby Theo in the months since the birth of the child. She also disputed claims that he paid her any alimony, after it became known that he paid $40,000 a month to each of the mothers of his three children (Thompson also has a 5-year-old son Prince from ex-girlfriend Jordan Craig).

Given that surrogacy was kept a secret during the first season, it will definitely be interesting to see how much of this plays out on our screens when the Kardashians return to Hulu for season 2 on September 22. Until then, Season 1 is available for Hulu Subscribers to keep up to date (or review) the entire drama, and while you’re there, be sure to check out some of the other best shows on Hulu. Keep an eye on our TV schedule for 2022 to find out which new and returning shows are coming to TV and streaming soon.

Moon Knight, From Secondary In The Comic To Star Of The...