Home Movies While the producers of James Bond talk about Agent 007, who is... 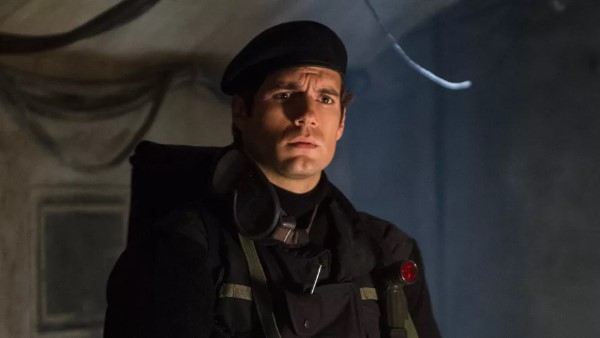 Does the recently returned Superman want to wear a tuxedo?

Although he has cemented his future in DC films, Henry Cavill is still the one people like to mention when it comes to who could play the next James Bond. After all, Cavill finished second to Daniel Craig in the last bid, and the stakes continue to support his potential choice. With talk of Agent 007 “thirty-something” on the air and his plate always full, is Henry Cavill still considering playing Commander Bond?

This is a question that arose during the actor’s live broadcast with the presenter Happy Sad Confused(opens in new tab) By Josh Horowitz because of this very urgent age concern. With the air of a light-hearted joke, as well as with sincere respect for the EON Productions team, Cavill presented his candidacy as follows:

Yeah. I’m very busy right now. I love these guys, Barbara [Broccoli] and Mike [J. Wilson]. … Whether I am being considered for this role or not, I do not know. But, of course, it would be interesting to talk. And if not, then I just want to see what they do with it next, because I think they’re awesome.

Admittedly, Henry Cavill’s busy schedule is a serious problem for his chances of becoming the seventh James Bond. Previously, it seemed that his return to the role of Superman could put an end to the work forever. After all, he wasn’t joking when he said he was very busy right now.

However, this conversation took place a few days before Cavill’s shocking departure from The Witcher hit the world. One might think that this knowledge was meant during his live conversation last week. Although the potential reasons for Henry Cavill’s departure from the Netflix show may not be related to any other possibilities, they could inspire the answer we read above.

It seems that Henry Cavill still has great memories of that audition at Casino Royale, despite the fact that he lost for some very specific reasons noted by director Martin Campbell. By getting as close to Agent 007 as he did, it allowed him and the franchise’s producers Michael J. Wilson and Barbara Broccoli get a unique experience. He shared the same thing on stage that night, except for a couple of cocktail-related anecdotes.:

They are wonderful, and I have very fond memories of cocktails with them. I think one day at Mike’s house, and then I had a Vesper martini with Barbara. I thought it was appropriate because it was for Casino Royale. It was a really, really fun time, and it was great to hang out with this stuff.

It will be some time before we get a vague idea of who will be the next James Bond. Despite the fact that he is close to aging due to the criteria that we expected from the top management of EON Production, inviting Henry Cavill at least once again to audition for the role of James Bond does not seem like a bad idea. Provided, of course, that he can use this opportunity when he is not saving the world.

The next time fans will see Cavill return to the world of crime solving this weekend, along with Millie Bobby Brown in the movie “Enola Holmes 2.” You won’t need a license to kill to watch this upcoming sequel, but you will need a Netflix subscription to join it. for fun.