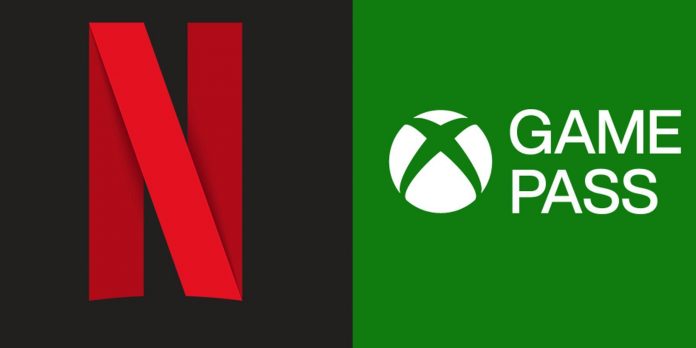 The Xbox Game Pass service has quickly become one of the most successful streaming services in the entertainment industry, which is all the more impressive considering how saturated this particular market is. The Game Pass service, praised for its value and the wide range of games available, shows no signs of slowing down.

Recently, the streaming giant Netflix has become louder and more outspoken in shutting down the common practice of sharing accounts with several people, which, according to many, was a key element of the fact that the service became so popular from the very beginning. In a rather timely contrast to this decision, Xbox Game Pass recently announced its plans for a shared subscription for friends and family, actively encouraging subscribers to share the benefits of the service for one monthly payment.

For most of the time when Netflix was a streaming service, sharing one account with several people for one payment was a very common practice. Given that this element of Netflix has remained relatively unchecked for so long, account sharing has gradually infiltrated the foundations of Netflix as a service, even if it wasn’t planned by the company itself.

However, the trends of Netflix account sharing seem to be changing recently, and the company is no longer willing to leave such a large unused revenue unclaimed. For example, back in 2021, Netflix tried to introduce two-factor authentication for accounts to make it more difficult to share accounts between households.

More recently, it was revealed that Netflix is conducting trials in some South American countries to add $3 to the monthly account payment to add a “second home” to their account if they want to split it between households. Given that Netflix has recently been hit hard by the number of subscribers and the value of the stock, it is not surprising that the company is looking for ways to increase its profits.

Unlike Netflix’s recent measures, the Xbox Game Pass service actively encourages its subscribers to share account membership via a single payment. Given that Xbox Game Pass reportedly has over 30 million subscribers, it looks like Microsoft is trying to consolidate its numbers while Netflix is trying to increase them.

This new foray into account sharing for the Xbox Game Pass service is known as the Friends and Family plan and is designed to provide huge added value for the subscription service already available. The Friends and Family plan will allow five players to use one account and one payment, while all five players will receive the benefits of an Xbox Game Pass Ultimate subscription.

Game Pass Ultimate gives players full access to Game Pass games, cloud games, EA Play, privileges and exclusive discounts, as well as an Xbox Live subscription. At the moment, the Friends and Family subscription is only available in Ireland and Colombia, but it is expected to be rolled out worldwide in the near future. Based on prices in Ireland and Colombia, it’s safe to assume that a Friends and Family subscription will cost about $20 per month, which is about $5 more than a standard Ultimate subscription.

Considering that this $20 will be split between five people, the very value of the Friends and Family level of the Xbox Game Pass attracts the attention of fans, despite the fact that the subscription type is still in the early stages of the trial version. Given that the Friends and Family subscription can become very popular, and the recent changes to Netflix are clearly unpopular, it seems that serious shifts in the entertainment streaming sector are just beginning.