Home Crypto While Bitcoin (BTC) Drops Around $34,000, These 3 Altcoins Are Stunning With... 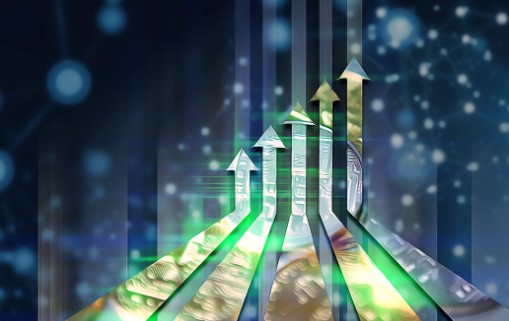 Bitcoin (BTC) is showing levels it has never seen since January. BTC, which fell to about $34,330 in a day, simultaneously terrifies the market and affects other cryptocurrencies. Bitcoin is currently trading at $34,698.50 with a change of -2.56% over the past 24 hours. It can be seen that most altcoins experience a decrease of 5-10% in parallel with this. But Axie Infinity (AXS), The Graph (GRT) and Algorand (ALGO) are the only winners of the day, challenging the entire market.

Inspired by Pokemon, Axie Infinity was released as a metaverse game. Promising income through a variety of channels in the game, Axie Infinity can bring profit to its investors both through rewards after players’ battles with each other, and through betting income using AXS, the platform’s local token. AXS is currently trading at $30.45 with a change of -0.09% over the past 24 hours.

Another altcoin that is one of the other winners of the day, and most cryptocurrencies are falling, is The Graph (GRT). The Graph enters the ecosystem as a platform for data queries and indexing in Ethereum (ETH) and similar networks. GRT is currently trading at $0.304436, up 2.93% over the past 24 hours.

The last altcoin that rose during this period, when cryptocurrencies could not get rid of the reds for a long time, is Algorand (ALGO). Promising reliability with its market value, Algorand attracts attention with its price, which is not too high as other competitors. ALGO, whose price is below $1, is trading at $0.733767 with a change of 9.12% over the past 24 hours. In addition, ALGO attracts attention with a weekly growth of almost 31%.