Home Crypto Which Way is Bitcoin, Solana and ETH? Here are the Graphics and... 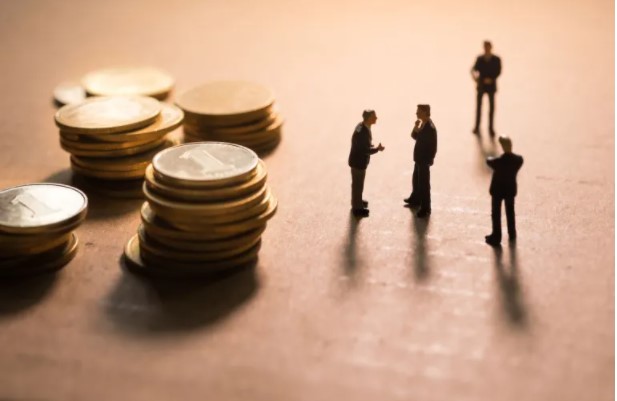 “The altseason is approaching,” a crypto analyst says, making predictions about Bitcoin (BTC), Ethereum (ETH), and Solana (SOL). Leading crypto analyst Justin Bennett says altcoins like Solana (SOL) are on the rise as he updates his forecast for popular cryptos Bitcoin (BTC) and Ethereum (ETH). On the other hand, according to the InvestAnswers analyst, all the signs point to a bullish trend in Bitcoin.

In a new tweet, renowned analyst Justin Bennett tells his 98,500 followers that altcoins are heating up, based on a chart showing BTC’s reversed market dominance. The analyst said, “AltSeason2022 is warming up. [BTC Market Cap Dominance] looks reversed, upside,” he says.

As the chart above suggests, an increase in BTC reversed market dominance is actually an increase in altcoin market dominance. Bennett predicts such a rise is imminent. In the latest issue of the Cryptocademy newsletter, Bennett says that the smart contract altcoin Solana (SOL) is poised for a BTC-bound exit. On the subject, the analyst says:

SOL is starting to explode today… However, I still need to see the market close above $85 to confirm this. Until then, this is somewhat speculative. If the SOL can break out of this trendline, I think there could be a next move up to $118. We’re looking at any close above this and possibly $150.

After Solana (SOL), attention is on Ethereum

Bennett turns his attention to the leading smart contract platform Ethereum, which was in decline in November 2021. Bennett’s views on the subject are as follows:

ETH is testing the November trendline after a 6% rally today. Currently, this level comes in just under $2,800. This will be the next test for buyers. It is above $3,000 and I think we see Ethereum fast moving towards $3,600. Alternatively, a close below resistance could keep the triangle intact with support just above $2,500.

While Bennett sees altcoins ETH and SOL as on the verge of breaking out, he thinks Bitcoin may lag behind. According to him, Bitcoin lags behind ETH in terms of structure. While ETH is on the verge of bursting today, BTC is still well below the $46,000 zone. “I am currently a fan of ETH craving instead of BTC,” the analyst says. However, the analyst said, “If Bitcoin can make it through as it exposes $53,000-55,000, a close above $46,000 would be incredibly bullish. The $37,000 area remains key support.”

The overall crypto market cap chart looks set to explode this week. However, we do not have a confirmed breakout yet. Alternatively, a lower rotation is likely to find support near $1.65T. A breakout from the chart below will add faith to any move we see from cryptos.

All the omens appeared in Bitcoin

The popular crypto analyst says that the price of Bitcoin (BTC) will soon break the resistance and potentially rally to $68,000. In a new video, InvestAnswers, the host of financial YouTube channel, tells its 419,000 subscribers that the rise in Bitcoin’s volatility in a sideways market points to a potential rally for top crypto. “Now, what will happen after a spike in volatility while the price is stable? Yes, he will jump,” she says.

The analyst says that all other indicators show that Bitcoin is approaching the breakout level. Here’s what the trader says about Bitcoin’s next move:

You have lower highs and higher lows that have come down from the top since the beginning of this year. On January 24 you had a base of $33,000… then on February 24 our second floor was $34.6k. We’ve hit the $45,000 glass ceiling a little higher, we’re seeing lower highs, higher lows, and a big move technically looks imminent.

The trader also points to funding rates on exchanges. It says funds rates on Binance and Bybit have been at or below neutral levels for over 100 days. That means we’ve been in a pessimistic funding rate regime for longer than we’ve seen in the summer 2021 bear market, according to the analyst. The trader said that Bloomberg’s chart shows that Bitcoin has been trading at 10% of its 50-day moving average since the beginning of February. The analyst says:

You can see that this is quite an unusual price action. Bitcoin has only stayed three times, which means three times in five years in this range, another proof that a breakout is coming… No downside. The current downside is maybe $34,000 to $35,000, the plus side is $68k.