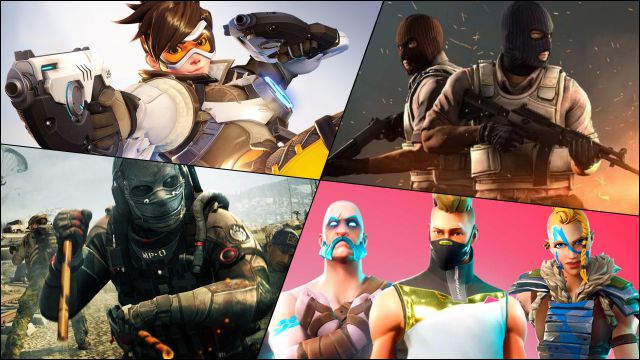 A study carried out by a cybersecurity agency reveals the multiplayer titles with the most users with actions considered illegitimate.

The network security and privacy agency Surfshark has published an extensive report where it investigates multiplayer video games with the most cheating users. The document, which takes as its source the YouTube and Google databases, determines which works have a higher risk of encountering users who act fraudulently, adulterating the standard rules applied to the rest of the participants.

The so-called cheating in English is a growing problem, especially in popular video games. Although there are cases where the percentage of cheats is low, if the number of players is in the millions, the number of cheaters generally grows proportionally. Fortnite: Battle Royale, Epic Games’ hit free-to-play battle royale, is a leader in this regard.

Fortnite: Battle Royale, the most “infected” video game with cheats

To arrive at the following conclusions, Surfshark first compiled the most successful games today and then they browsed both portals to find videos related to cheating. ‘Aimbot’ and ‘Wallhacks’ were the most recurring terms in the study with 43,228,197 and 26,340,664 views, respectively.

According to the agency, we are talking about a number of 26,822,000 reproductions in videos with some kind of trick associated with Fortnite games. In second place is Overwatch, but Fortnite surpasses it by triple the number of cheats. Blizzard Entertainment’s work, currently with a very small user base compared to a few years ago, reports 9,279,829 views of cheat videos.

The bronze medal goes to Counter-Strike: Global Offensive, the leading video game on Steam, with 6,760,182 views. Contrary to the previous two and the rest of the list, in CS: GO it takes ‘wallhack’ ahead of ‘aimbot’. The rest of the ranking is made up of titles such as Call of Duty: Warzone, Destiny 2, Call of Duty: Modern Warfare (2019), DOOM Eternal, Apex Legends, Rainbow Six: Siege or Escape From Tarkov.

With regard to countries, Spain is in the middle area for the number of cheaters; the main affected are players from the United States, Australia and Sweden.

Yakuza gets PC enhancements thanks to fan patches