Home Celebrity Which Vampire Diaries characters will be in season 3 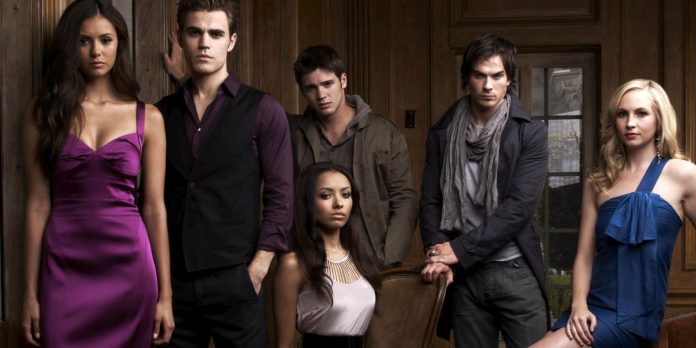 With the premiere of season 3 of Legacies by The CW, many fans have been wondering, if you will be able to see any character from the original series, The Vampire Diaries, but, this has been said by screenwriter, Brett Matthews.

For the Legacies season 3 premiere, series writer Brett Matthews was asked if there would be any appearance by The Vampire Diaries characters for the new installment, but this is what he said:

“We have an open door policy when it comes down to it. If any of the actors from our past called us and we had the right story, we would do it in a second. ”

“There is always a possibility, and if there was, I wouldn’t want to spoil these things. If someone is dying to come back and dip a toe in this universe, tell them to call me. ”

Doubts about the appearance of a character from the original series have arisen after the announcement of the musical episode that will pay tribute to the original series The Vampire Diaries and the two popular spin-offs, The Originals and Legacies.

But, the reality is that there can be some logistical problems with bringing back some characters from The Vampire Diaries and The Originals. That’s because not everyone is alive by the time Legacies comes into play, although there are certain storylines that wouldn’t matter.

On top of that, some actors, including Joseph Morgan, have already said that they would not like to return. But, the mentions of characters from the original series, suggests that there may be possibilities.

But, Legacies fans have considered Caroline’s return in season three. So the screenwriter, Matthews, again, responded with the same line.

“You may be tired of hearing this, but the doors are always open. We love Candice King and we love Caroline. We’d love to see her on the show, but that will have to come from her. If she came back for an episode or an arc, “he said.