Home Entertainment Which terrible plan to save the Earth was better in Pokemon Ruby... 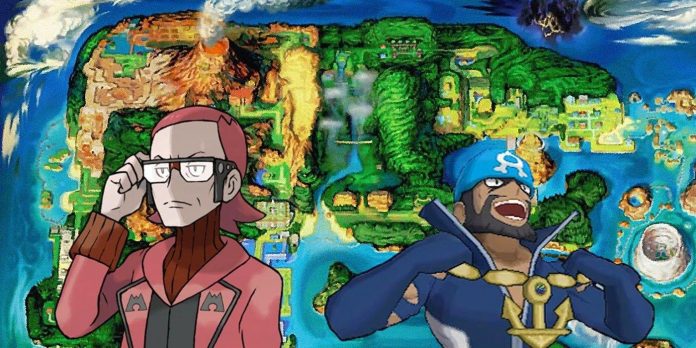 Pokemon Ruby and Sapphire have two teams of villains who have different (terrible) plans to save the planet, but Maxi from the Magma Team is smarter. Both plans are short-sighted and stupid, but Maxi at least has in mind the survival and prosperity of mankind with the aim of expanding the land in the world. Meanwhile, Archie’s plan will only worsen the planet’s problems, as well as potentially wipe humanity off the face of the earth.

The Pokémon Ruby and Sapphire antagonist teams are, respectively, Magma and Aqua teams who want to save the world from an environmental catastrophe with their own unique brands of a dizzying scheme. Archie from Team Aqua plans to expand the ocean in a misguided attempt to solve the problem of global warming, while Maxie from Team Magma plans to expand the land to give humans and Pokemon more space to thrive. No matter how terrible the Pokemon world is, these two plot points are simply absurd. However, the Maxi plan at least has a more solid logic.

The use of Groudon for the expansion of the planet’s land will lead to a mass of environmental consequences for which humanity will be completely unprepared. However, in terms of Maxi’s goal, it will really expand the planet’s landmass, and that landmass will eventually be able to be populated by humans and Pokemon. So far, so stupid, but at least a little less disastrous.

The question was originally asked by Fork_Master on Reddit, and subsequent discussion revealed that both plans are terrible. Groudon is a Pokemon whose powers and knowledge revolve around lava, so using it to expand the territory of some continents to give the growing human population more breathing space is not the worst plan. Groudon may not belong to the most powerful legendary Pokemon trio, but controlling the flow of magma in itself is definitely impressive. Magma has expanded landmasses before, most recently it was observed during the formation of the island of Hunga-Tonga Hunga-haapai in the South Pacific Ocean (as shown on the website Planet.com ) as a result of underwater volcanic activity in 2015.

At the same time, although Maxie’s plan for the world is fundamentally wrong and poorly implemented, like Archie’s, the connection between his methods and his goals is much stronger. The cooled magma is fertile, and the landmasses created from it quickly become part of the lifestyle of the surviving community. This will in no way solve anything in the long run, but it is a more stable plan than solving the crisis of rising water levels and temperatures by simply adding more water.

Neither Archie’s nor Maxi’s plans in Ruby and Sapphire are really sustainable solutions, because otherwise it would be difficult to justify opposing them. But giving these two teams of villains more interesting motives than simple conquest is one of the improvements to the formula that makes Hoenn the best region in Pokemon. However, it cannot be said clearly enough that Maxi’s plan makes much more sense than Archie’s plan, which makes him superior to the two Pokemon antagonists Ruby and Sapphire.