Home Entertainment Which romcom is worth watching this summer, depending on your zodiac sign? 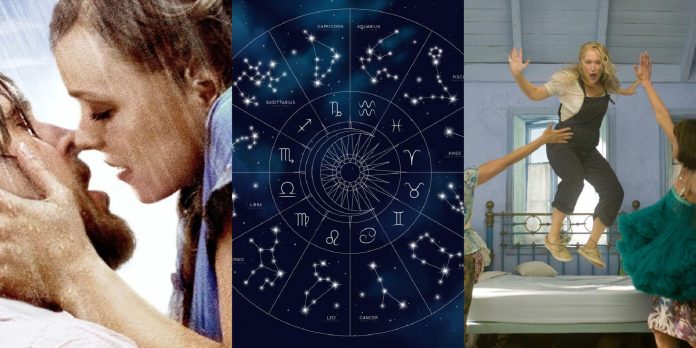 With no school, warm weather, sunshine, and vacations aplenty, summer is the perfect time for romance — or to watch some romance onscreen with friends and significant others. There are a ton of romantic comedies in theaters and on streaming services today, so picking a flick for the occasional summer movie night in can be tricky.

Luckily, summertime movie lovers need only look as far as their birth chart to see which romantic comedy they should key up this season. With the unique personalities of the zodiac sign, fans can use their horoscope to figure out their perfect film.

A chaotic costumed heist of a rom-com is exactly up the Aries alley. Besides being very confident and artistic, with countless skills to pull off the kind of feat that Viola has to manage, Aries are also adrenaline junkies and will love the thrill of seeing whether or not she’s discovered.

Starring the unbeatably funny Amanda Bynes and ranking as one of Channing Tatum’s best movies, She’s The Man completely represents Aries’ strong sense of humor and problem-solving abilities. There isn’t a situation that an Aries can’t McGyver their way out of.

Taurus is a fixed earth sign, meaning they love and crave all sense of stability and routine in their life. They don’t want a new and different rom-com with a hundred different plotlines taking place; they want a classic that they can play on repeat until they know it by heart.

She’s All That is the epitome of a ’90s rom-com and there are many reasons that it’s a classic. It is one of the first and most famous movies to cash in on the romantic comedy tropes that are present in films today, from the “makeover scene” to the “date her for a dare” cliches, this movie is one of the originals, and Tauruses will appreciate that.

Whereas Taurus want to follow one, dedicated storyline, Geminis are flexible and adaptable by nature and prefer movies that have a lot going on. That’s why a film like Crazy, Stupid Love is perfect for a Gemini, as it has a lot of different love stories going on at once.

With an all-star cast featuring Ryan Gosling, Steve Carell, Julianne Moore, and Emma Stone this movie has a lot of comedy that Geminis will love, in addition to deeper, complex moments that will appeal to their softer sides.

Cancers are the emotionally intelligent ones of the zodiac, and they wear their hearts on their sleeves. They are always looking for an opportunity to embrace their emotional vulnerability, and aren’t afraid to cry during movies–in fact, they seek it out more than the other signs.

The Notebook is a heartfelt story about two people whose love spanned years, distance, and old age, and nothing could keep them apart. Rachel McAdams and Ryan Gosling have incredible chemistry onscreen, and Cancers’ strong sense of loyalty and caring nature will heavily relate to their love story.

Family is one of the most important things to a Leo, and that’s why Sophie’s search for her real dad before her wedding will be utterly fascinating to them. The movie is all about selfless love and helping others out, which calls to Leo’s huge and generous heart.

Not to mention, Leos are natural showmen and never shy away from a performance. They will love the opportunity to get up and dance and sing to the best ABBA songs onscreen.

Virgos are often called the “parent friends” of the group because of their natural aptitude for taking care of others and giving them advice–whether they want it or not. They’re also incredibly hard workers with high work ethics and reliability.

Therefore, this rom-com about two overworked assistants who try to set up their bosses to fall in love will check all of the Virgo boxes. It has many of the things that make a classic rom-com enjoyable, like meet-cutes and secret set-ups, but it does them in a new and unique way, which Virgos will love.

Libras are the diplomats of their social circles. They have a strong sense of justice and want things to be fair. They’re also very sociable people and tend to be very well-liked in their communities because of their charisma.

The two leads of I Want You Back embody the best of the Libra traits. They want things to be fair and work hard to get what they think is justice. While they take some missteps, they eventually know what the right thing to do is. Additionally, they’re very likable characters, making them Libras in their own right.

Scorpios have a much darker idea of romance than the other zodiac signs. They’re very brave and curious people, so they’re often unafraid of the scarier side of anything, be it movies, books, or spooky scenarios in general. They never shy away from an interesting but creepy flick.

Warm Bodies is like the Halloween version of a love story, with human Julie meeting and becoming enamored with the highly intelligent zombie, R. Scorpios also love a good secret, and Julie and R have to do a lot of hiding to stop others in the community from figuring out that a zombie is in their ranks.

Making a pact with their friends to stay single for an entire season is exactly the kind of thing that a Sagittarius would do. They’re fun-loving free spirits that don’t like to be tied down against their will. their strong sense of adventure and independence leads them to intense wanderlust.

However, when a Sag finds someone or something they want, their fierce determination causes them to fight for it or them with all of their strength, much like the characters in the film slowly realize about the people they love.

Capricorns are textbook workaholics whose ambitions often leave their personal lives by the wayside. Their perfect person is someone who loves them for their work ethic, perfectionism, and ability to succeed.

The Proposal is the perfect Capricorn love story, where a successful woman finds love and doesn’t have to forfeit any of the things that make her so good at her job. Sandra Bullock and Ryan Reynolds have amazing chemistry in the film, and it’s one of movie legend Betty White’s best-rated movies on IMDb.

Aquarians are the zodiac signs that march to the beat of their own drums. They’re unique and relish in going off the beaten path when it comes to life. That’s why Aquarians need a romantic comedy that defies any and all expectations of what a romantic comedy is.

Aquarians will love the wacky love story between Lucy and Henry as he tries to figure out how to date someone with short-term memory loss who doesn’t remember him when she wakes up. Because Aquarians like to be different, they’ll love that the film was critically disliked, but audience-loved.

Pisceans are the babies of the zodiac. They are both the youngest and the youngest at heart, so a high school love story is perfect for them. They’re sensitive people and will appreciate all of the emotional vulnerability shown in the film.

Furthermore, Pisceans are some of the most creative signs of the zodiac, so they will love how unique of a story the movie has. From highlighting different cultures to navigating loss and grief while also getting some good laughs, it’s an artistic take on the romantic comedy that Pisceans will enjoy. 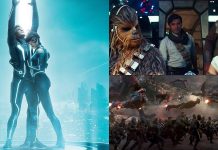 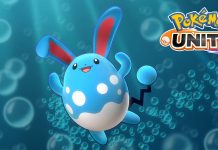 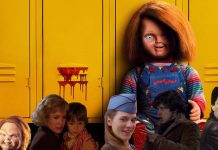 Zack Snyder Shares A New Image Of Joker Knightmare From His...