Home Entertainment Which Pixar movie suits you according to your type of enneagram? 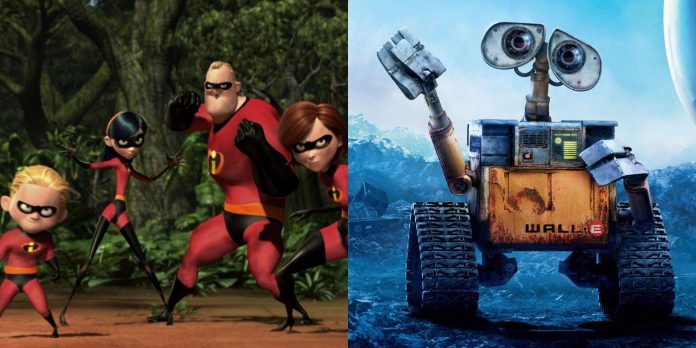 Pixar’s most recent movie, Lightyear, due to hit Disney+ on August 3rd, perpetuated the studio’s successful run by featuring Buzz Lightyear from the Toy Story movies, the franchise that made Pixar one of the most creative and inventive production studios in the world.

Each Pixar movie also represents a personality type from the Enneagram system. From The Perfectionist to The Challenger, the nine Enneagram types are based on a person’s character traits, and while some movies exemplify multiple traits, the most dominant can be said to embody a particular type.

Soul tells the story of a high school music teacher who once had aspirations of being a great soul musician. When he finally finds a chance to play with one of his idols, he dies after picking up the gig. However, he tries to get out of heading to the afterlife and wants to return to the land of the living to live out his dream.

Of the Enneagram types, the Reformer is someone who is purposeful, self-controlled, and a perfectionist. This fits Joe Gardner’s personality, as he might not have the luck that could have propelled him to success, but his drive and purpose can’t be questioned, even if it was misdirected at times.

Wall-E was an unusual animated movie in that almost all the movie was played without dialogue. That is because the main character was a robot named Wall-E who cleaned up Earth after the atmosphere broke down and made the planet uninhabitable for humans.

This easily fits the Helper Enneagram type. Wall-E was literally built to help clean up the planet, but there is more to it than that. This type also signifies demonstrative and possessive individuals, and this also describes Wall-E, who was very possessive of his findings and he proved to be very demonstrative when Eve arrived on Earth.

The Achievers are Enneagram types defined by their success. This fits Lightning McQueen to a tee, as it does all the other characters he competes against in the races. As a matter of fact, Lightning went through the entire spectrum of this type through his trilogy.

In the first movie, it was all about being the best racer alive, and he was on his way. In the second, he reached the pinnacle, and he wanted to prove himself to the world. Finally, by the third, he took this success and passed it on to the next generation, a perfect Achiever.

The Individulaist is known mostly for creativity, though they can also sometimes struggle when connecting with other people. If there is one Pixar movie that defines this Enneagram type perfectly, it is Inside Out.

In this movie, Riley was a young girl taken away from her home and friends to start a new life in another state. However, the focus is on her emotions, which are all personified in her mind and have to find a way to bring her happiness in spite of even their own individualities.

Looking at the word Investigator, a person might be a little confused at what this Enneagram type signifies. In this case, it is an individual who saves their energy by living in their own world and who avoids the busy outside world but remains curious about that big bad world.

That is a perfect mix of Marlin and Nemo. Marlin lived his entire life protecting Nemo from the outside world after losing his wife and other children to an attacking barracuda. However, Nemo was always curious and that led to problems, making them both Investigators in the end.

The Peacemaker is defined as hard-working and decisive in nature. This fits The Incredibles, although, at the start of the first movie, they were a little far from that description. Of course, this was a hero’s journey for Peacemakers.

The entire family proved they were hard-working peacemakers when the chips were down, and they knew they were always connected to something bigger, even if the world wanted to hold them down. Their actions finally allowed superheroes back into The Incredibles movie world.

In the Enneagram types, the Enthusiast is someone with a big personality, seeking adventure and fun everywhere. In Monsters, Inc., these characters’ idea of fun is scaring little kids around the world, but people will take their fun where they can get it.

The Enthusiasts hate being bored, which is where Sully and Mike were headed when they found the little girl Boo. However, from scaring kids to rebelling against authority, both characters took on the adventure and seemed to enjoy their ride.

The Challenger is the Enneagram type that doesn’t take no for an answer and will do anything needed to reach their dreams. This is how Remy lived his life in Ratatouille. He refused to live the life of a basic rat in Paris and had high aspirations.

He wanted to live free and become a chef, and Remy convinced Linguini to go along with him and become his partner. The two even stood up to the threats that rose against them and defended their lives from those more powerful forces around them.

When it comes to the Enneagram type of the Loyalist, these people are skeptics who avoid risks and find a group of friends to ally themselves with for their own safety. That is what Woody has done since the start when he protected the toys place with Andy.

The Individualist is someone who struggles to fit in with others around him. In the case of Up, that was due to tragedy. Carl lived a happy life with his wife, and while they never had children, they remained together in love for years. After the movie opened with the scene in which his wife died, he was alone and didn’t know how to move on.

Carl proved that he couldn’t relate to others, which he showed when he clashed with people working around his house. The Individualist is also incredibly creative and inventive, and his plan of flying away in his house to find his dream world showed that perfectly.

What does ‘pure color’ mean on a Smart TV?