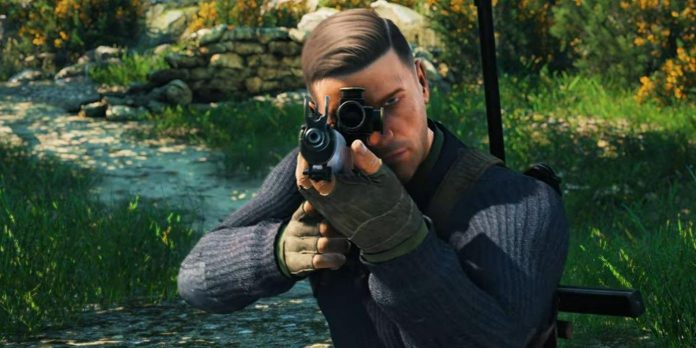 When launching Sniper Elite 5, players must complete several tasks and missions before leaving the level. Some tasks are mandatory, while other tasks are optional. Sometimes players do not have the opportunity to change the order of tasks during missions, and the beginning of the first level is one of such cases. When players enter the first mission of The Atlantic Wall, they will be forced to start the level on a submarine. When players complete a level, they can unlock more entry points.

When the players start the first mission, they will find themselves on a submarine. The first few challenges on the level are linear, and players need to go through them to continue. This linear aspect forces players to undergo training where they learn the skills needed for things like completing all 8 kill challenges in Sniper Elite 5. For example, the first tasks include shooting from spotlights and clearing the beach of enemies. This leads players to the next set of guides in Sniper Elite 5.

Related: Sniper Elite 5: How to Find (and Kill) Friedrich Kummler

After clearing the beach of enemies, players will need to make their way along the paths to secretly kill enemies. Eventually, the players will get to the enemy, who has a key to the boathouse, which can open the neighboring building. After exiting the boathouse, players will be tasked with searching the processing plant. Players must continue to advance through the area and destroy enemies the way they prefer. Once the players reach the refinery, they will rescue a member of the Resistance and get the task to inspect the nearest equipment. Here, players will see their first workbench, which can be used to unlock improvements in Sniper Elite 5 in Sniper Elite 5.

Once players leave the refinery, they must walk in a straight line through the cave, which will eventually lead to an enemy radar view. When players reach the viewpoint, they can finally move freely and complete tasks in any order. Although players can solve these tasks in any order of their choice, it is recommended to start by neutralizing the radar, as it is right ahead. They can achieve this by destroying the radar supports or overheating the generator below.

After the players destroy the generator, there will be only a few tasks left to complete. To complete a level, players must get information about the Resistance, kill Steffen Beckendorf and meet Charlie to complete the level. This is the best order in which players can complete basic tasks. However, if players want to quickly climb the Sniper Elite 5 ranking, a great tactic will always be to complete side missions on the way to the main mission objectives.